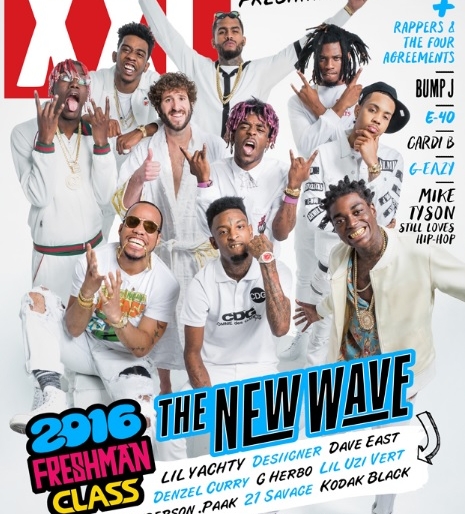 For almost a decade now, hip hop mag XXL has been rounding up the best new artists in the game to feature front and center on their annual Freshman cover. Started in 2007, scene staples like Kendrick Lamar (2011), Kid Cudi (2009), Future (2012) and Chance the Rapper (2014) have all graced the cover and gone on to acquire massive followings (and make killer albums, of course).

This year, the cover crew included Cheltenham rapper Lil Dicky – along with another Philly artist, Lil Uzi Vert – and for the mag’s first installment of class-of-2016 cyphers, Lil Dicky shares some screen time with Desiigner and Anderson .Paak.

Building off each other’s energy and having a hell of a time, the video below is a fun look inside how quickly these rappers can think on their feet. We see Desiigner in the background going nuts over some of Anderson .Paak’s lines and can’t help but get amped when Lil Dicky pulls out some wildly creative lyrics of his own.

Lil Dicky has quite the stage presence, as we saw the last time he played the TLA, when he stripped down to his boxers and gave a fan a lap dance. All in a day’s work we suppose.

Check the freestyles below!