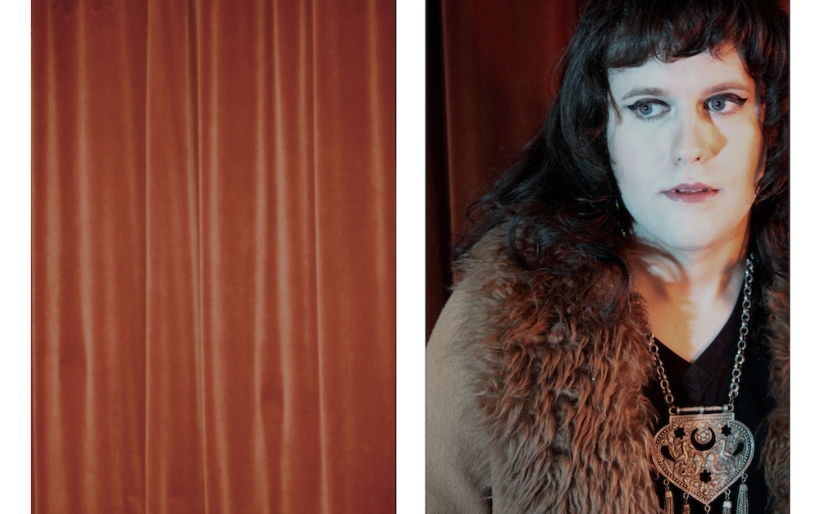 Garden Gate | photo by Shawna Ferguson | courtesy of the artist

Last fall we shared a trio of songs called Housesfrom newly minted psych project Garden Gate, an outlet of former Brown Recluse member Tim Meskers. The songs on that EP have now found a home on next month’s Dark Harvestfull-length and today we have the premiere of a fourth track, “Ten of Swords.”

Following a “gothic heroine” who discovers a mysterious mansion on the other side of a hidden door, the songs on Dark Harvest were inspired by a series of Tarot readings done by Meskers with a special deck of cards. The mysticism and blurring of reality / fantasy comes through especially on “Ten of Swords,” which views quintessential 60s psych pop through a lens of the hauntingly sweet giallo-style soundtracks of filmmakers like Ennio Morricone.

The Ten of Swords appeared in almost every reading I did for myself over an extended period of time… this overview from Keen.com pretty much summarizes the atmosphere. I was listening to a lot of Italian horror movie soundtracks at the time, and I think that came through in some of the arrangements:

“The Ten of Swords is the Tarot’s card of bottoming out. But this card is a blessing in disguise, as the darkest hours in which you suffer are about to give way to a new dawn. Indicating that you have reached bottom, there is nowhere to go but up when your Tarot reader draws the Ten of Swords.”

Listen to “Ten of Swords” below. Dark Harvest is out August 5h via Sunstone Records (vinyl) and Golden Brown (digitally / cassette).