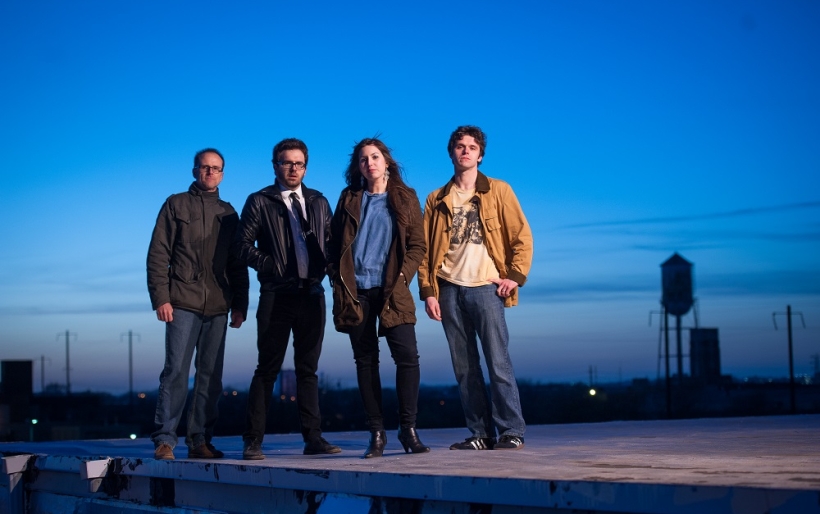 The Bigness get away with high-speed car chases in “Run! Run! (Escape Anthem)”

Local rockers The Bigness have a deep love for all things 70s, from Fleetwood Mac to classic high-speed car chases, and we get a taste of both in their video for “Run! Run! (Escape Anthem).” The track comes from this summer’s forthcoming Time Traveler record.

“Run! Run!” is a dose of adrenaline both visually and sonically. As we watch a collage of bank robberies interspersed with cars narrowly avoiding the edges of tight, mountainous roads (and not-so-narrowly crashing into a variety of road obstacles), frontwoman Kristen Bigness sings about wanting to escape with her husband (the band’s lead guitarist) and make the most of their time together.

Between Bigness’ vocals and the big, driving arrangements of guitars/bass/drums, the song bridges that divide between folk and rock that Fleetwood Mac filled so expertly a few decades ago, while the lyrical sentiment of wanting to get away from the daily grind is timeless.

The Bigness play Bourbon & Branch on August 14th; tickets and information for the 21+ show can be found here. Watch “Run! Run” below.