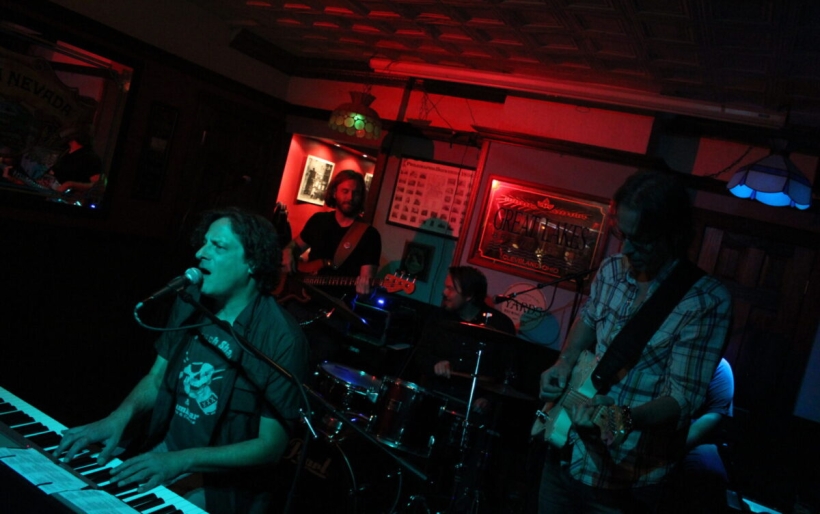 “I’ve learned that if you keep doing it and keep producing quality music, things happen. It’s what I am, it’s what I do.”

Ben Arnold is a lot of things: a singer, a songwriter, both a piano player and a guitar player, a super cool dude. But most of all, he’s a music man. He’s been writing, playing, and performing his whole life, and for most of his life he’s been doing it in and around Philadelphia. Arnold will be playing the XPoNential Festival next month (his 4th time!) and he played at Dawson Street Pub in Manayunk on Thursday, June 28th, which he said was both a “warm up gig” and an opportunity to play in his own neighborhood.

“Some of my family still lives in Western New York, but Philly is my adopted hometown. I love the city. I think it is one of the most culturally vibrant cities on the East coast,” said Arnold when I met with him earlier that day. “I think the music scene is killer, and its growing rapidly. This is where I really say where my family is. My base is here.”

Arnold has been playing in various bands since he was a kid, when he went to a performing arts high school in Center City. As he has gotten older, his sound has matured with him. His most recent record, Lost Keys, was released earlier this year and features Motown and Stax influenced rhythm and soul.

“I don’t restrict myself to one particular sound. I’ve modified from record to record, and it’s kind of whatever I’m feeling at the time. I like to think I make cohesive sounding records, but they always represent a particular moment in my life.”

After an energetic performance from Andrew Jude and his band, Arnold opened his show with the self-titled track from his 2010 record, Simplify. Afterwards, he instantly jumped into material from Lost Keys.

“From the very first song that i wrote for [Lost Keys], I heard that it was going to be all horns and strings, and I had to incorporate that, not just into the arrangements but also the songwriting. I wanted to think of that as a major component [to the project]. Unfortunately, it’s hard to carry that around with you on a regular basis.”

He continues, “We wrote the record and recorded the record and realized, well now we’ve got to learn how to play the record.” Even without the horns and strings, Arnold and his band (Matt Muir on drums, Jon Colman on bass, Erik Sayles on guitar) carry themselves through the tunes with their heads held high, which lets the music speak for itself.

“I let the songs stand on their own, and it works. I love bringing out the horns and maybe a singer when I can, and I like to work with talented people. For the XPN show we’ll have 4 horns, a string player, and a backup singer.”

Arnold has been influenced by “all the great songwriters of the great American songbook,” and he is one of them at this point. He evokes direct emotions that come from being distinctly human, from being down and out to overwhelming joy. “This song practically wrote itself in this bar,” said Arnold before he and the band busted into “Nobody Hurtin’ Like Me,” Lost Keys‘ tearjerking sing-a-long and emotional centerpiece.

“When you see somebody playing live, which is still what impresses me to this day the most, when I get the feeling that somebody is trying to connect with me live, and shows that they’re not necessarily the best instrumentalist in the world but they are really good at communicating the instrument live, those are the people I’m after,” said Arnold. “I saw Henry Mancini when I was a kid, speaking of horns, and it wasn’t really songs, just incredibly impressive playing that blew me away. So the stuff I listen to now is whatever new that’s catching my ear. It tends to be friends, I’m lucky we have a fantastic music scene in Philadelphia right now.”

I recently saw Arnold when he performed at the Beyond The Bars fundraiser (which provides instruments and music lessons for incarcerated youth) at World Cafe Live, where he played with young and up-and-coming artists such as The Districts, Queen of Jeans, and Rosemary Fiki – three artists that will join him on the lineup of the XPoNential Music Festival.

“That was a fun show. Everyone was that was on that bill was great. Good hang, great music, and for a good cause. It was great being a part of it.”

Arnold has a theory why the Philadelphia music scene has seen such a resurgence in the past couple of years. “I’m a little older that most of the people that are playing right now,” joked Arnold. “But I think that it all comes down to music education in schools. I think there was a good period of time where there were a lot of schools that weren’t teaching music at all. And there weren’t things like rock school or any of that.”

Arnold also plays in the band US Rails, who plans on releasing a new record in the fall. He has played the festival with both US Rails and its previous incarnation Four Way Street, and he remembers attending the festival when it was still called Five Star Night, which included performances from Live, Jeffery Gaines and a then-unknown John Mayer.

To lift the Dawson Street audience back up, Arnold brought out the Lost Keys jam “Don’t Wanna Lose Ya,” which features a dynamically impressive key change. “The key change is a bit of a trick, I use it quite a bit. I love it. The modulation, what I think is its original use, is gospel. And they call it feeling the spirit.”

Arnold said that come August, after XPoNential Festival and some more summer gigs, he plans on starting his next record which will be gospel-based. He will then be going on tour with US Rails to support their new album.

“Im always looking for something to pique my own personal curiosity, to challenge me in one way or another, to evolve, and it gives me a reason to write. A reason to come up with some word and some chords and to say something.”

After a short break in their set, Arnold returned for an encore performance of “One Heart,” and thanked the audience for joining him and the band for this intimate yet rocking performance. It was not just a preview of the festival, it was a statement to itself. Dawson Street Pub sits at the very end of Manayunk on the corner of the street, but here this guy is, playing emotional and passionate songs to a crowded room because its where he hangs out and what he loves to do.

Ben Arnold performs at the XPoNential Music Festival River Stage on Saturday, July 23rd at 12:30 p.m. Tickets and more information can be found at XPNFest.org. 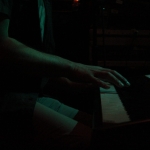 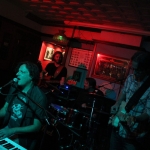 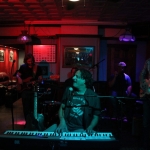 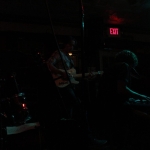 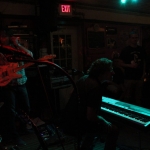 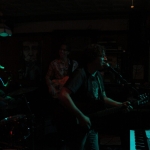 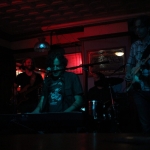 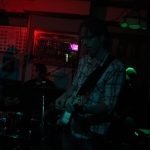 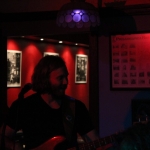 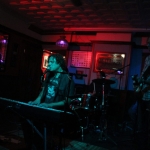 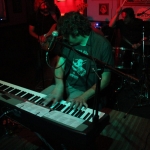 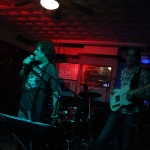 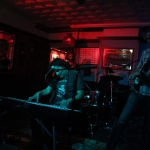 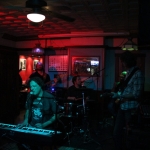