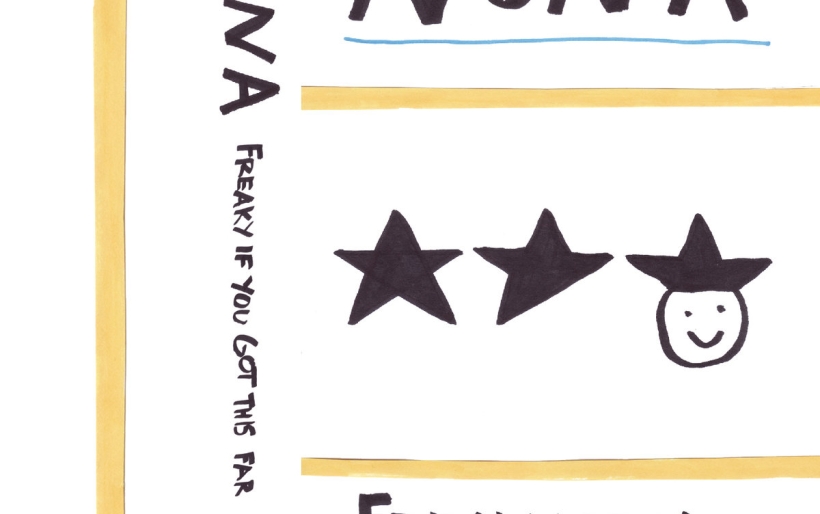 It’s alive! After holding a final performance in late 2014, the Philadelphia alt-punk band Nona is back. The band just put up three new songs on 6131 Record’s Bandcamp page. The EP, entitled Freaky If You Got This Far, in fact did make us wonder how Nona got to the point of releasing new music. The members have been heavily involved in other musical endeavors as of late — take vocalist Mimi Gallagher’s work in Year of Glad and Nicholas Harris playing bass in All Dogs, for example. Gallagher tells us, though, that these were songs Nona just couldn’t leave behind.

“These were songs we had been working on before we broke up. About a year later, we decided to finish writing them and record them. We are still really good friends and love playing music together so this was a really fun thing to do, especially without the pressures and stress of being an active band. We are super proud of these songs and it’s awesome to let them see the light of day. “

We’re excited to see the old gang back together (even if it’s just for this release) and putting out some of their catchiest stuff to date. Opening with “The World You Know,” the bass is heavy, the guitar jams are ever-present and Gallagher’s vocals are refreshing back at the helm — “The world you know won’t save you,” she sings.

“Why the sad look in your eyes?” Gallagher cries on the lo-fi track “Sad Look.” Nona has always been known for their earnest and relatable lyricism about the goings on of suburbia and beyond and it looks like that continues to hold true with this release.

The EP standout is easily its final track, “Water,” a five minute, roaring conclusion to a release we’re lucky to have out at all. Revealing introverted imagery and speaking on the comforts of home, the line “A steady knock on your door, I’m always back for more” is a bittersweet, homesick proclamation.

Nona wasn’t ready to be buried just yet, and we definitely can’t help but come back for more. Listen to Freaky If You Got This Far below.