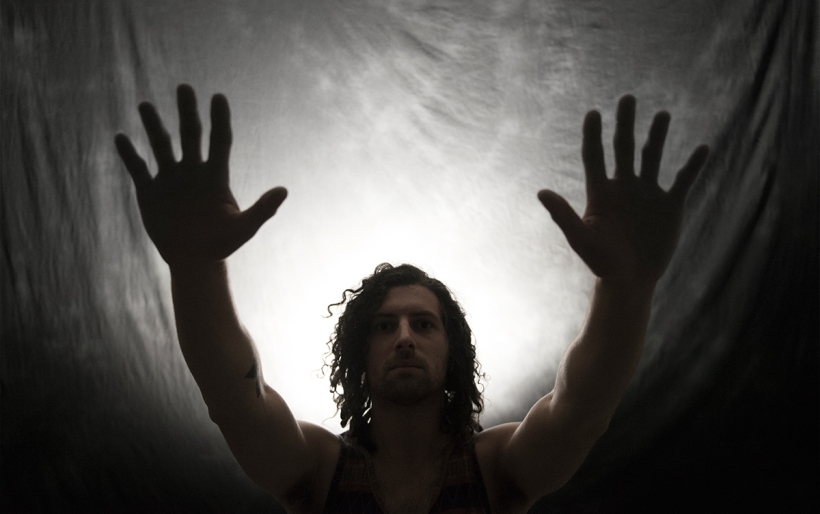 Thrills | photo courtesy of the artist

Many who are familiar with the Philadelphia music scene, and even those beyond the local community, know Vacationer. Perhaps less known, but just as noteworthy, is Thrills, a project headed up by Michael Mullin that includes the other bandmates of Vacationer (Kenny Vasoli, Greg Altman, and Ryan Zimmaro) as well as Earl Martin. Somewhat of a heavier/less trippy form of its summery counterpart, Thrills began in 2014 with the LP Thrills of Constantly Collapsing. Earlier this month, the band released the Memory Envelope EP, and after hearing it, we thought it would be appropriate to share.

Mullin tells The Key that Memory Envelope is representative of his fascination with paradox. he expanded on that thought, saying:

This is evident not only in the tone and topics of the lyricism but also in the song-making itself. Labyrinth, for instance, discusses the process of reworking something and examining it tirelessly from all perspectives until a new perspective arises. I made many of the songs by sampling old recordings of mine and collaborating with the drummers and other members of my bands Vacationer and Ratkicker.

The track Mullin discusses here, “Labyrinth,” kicks off the EP.  A journey through the maze of life to the tune of a crisp pop beat, the song admits that “love is in the labyrinth of suffering,” and that we must “surrender to it”.

It’s a nice start, but it is immediately overshadowed with the sequential “Lion Running,” my early favorite for the title of the EP’s best track. With some wicked guitar work, track number two turns the dial up several notches. “The world is a zoo, with both of my arms I am feeling for you,” sings Mullin, furthering his point that love is a tireless chase.

“A Part Apart” brings in a little synth work and the electronic vibe is nice. “Pareidolia,” which features Vasoli, follows with another fast-paced reminder that it’s not as easy as you might wish to forget that one person on your mind: “All that’s left of your radiance is there illuminated in the white noise on the TV set.” The 17-minute collection of Memory Envelope is then sealed on “Heart Stopping,” a choppy track with terse cymbal hits that starts out with a very Vacationer-like vibe.

It’s a real power move to take a lineup of dudes who’ve already come together to form a successful band and then go for something different. After all, if something works, why mess with it? Some fans might be disappointed to hear anything besides what they’ve come to love from Vacationer, but what Thrills did here is impressive. They took a recipe for something good and altered it to make something equally impressive, while still creating music that can confidently stand alone. By digging up old samples, and sort of sampling the members of his other projects, Mullin was able to find the perfect balance. In Memory Envelope, traces of punk exists in the distorted guitar and heavy cymbal work. The chillness of Vacationer lingers, but it doesn’t engulf you.

Thrills is working on some live dates in the fall, but doesn’t have anything confirmed just yet. Look for those announcements soon on the band’s Facebook page and on the XPN Concert Calendar. For now, open up Memory Envelope below.