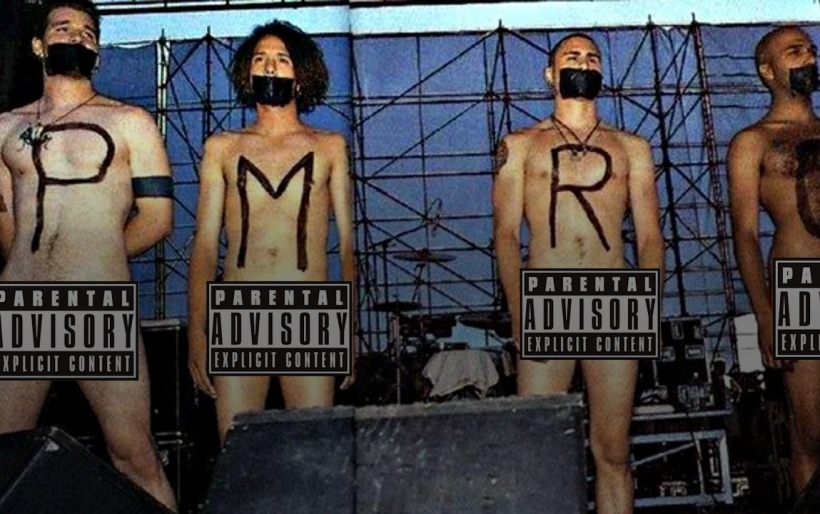 From the Vaults: Sights and sounds from Lollapalooza 93 at JFK Stadium

It avoided the sophomore slump and proved that the touring music festival could in fact be a thing, at least in the booming pre-millennium economy. So when the tour once again rolled into Philadelphia this day in 1993, it was at a crucial juncture. It was a year when Lollapalooza was still, largely, about the music, when it still maintained some level of artistic purity – before the descent of overt commercialization and advertising and branding and the general ickiness that comes from corporate gigs. It was also a year that onetime left-of-center artists were becoming more accepted in the media mainstream; weird was so normal in 1993 that Primus was the freaking festival headliner.

The festival took place in the lot where, only a year previous, JFK Stadium once stood. It was emphatically hot. The day opened with local hip-hop sensations The Goats, whose RuffHouse / Columbia Records debut Tricks of the Shade was praised by the Philadelphia Inquirer‘s Tom Moon, who called it “among activist rap’s high points for this year.”

Speaking of activism, the thing this gig is probably most remembered for is the four members of Rage Against The Machine walking out onstage, naked, with the letters “PRMC” scrawled across their collective chests. The Parents’ Music Resource Center is the group that lobbied for those Parental Advisory stickers that got slapped on records with so-called “explicit lyrics” or “objectionable content” or whatever other jargon got tossed around. Rage wasn’t a fan of censorship, or nanny states, or government micromanagement, and used their platform to make a statement.

As bassist Tim Commerford recalled in an ESPN interview last year, the band walked out on stage, set up their instruments against the amplifiers to generate feedback, and stood silent at the foot of the stage completely unclothed, with duck tape over their mouths.

“When we walked out onstage people loved it, they were cheering. But little did they know, we weren’t planning on playing a note. After 10 minutes of standing there naked, what started as cheers turned into bottle throwing, people were just bummed out. We were hauled off by the police… that was a special moment.”

Though this isn’t about Philly in specific, this hysterically tone-deaf interview with Rage’s Tom Morello from MTV’s 120 Minutes kind of hits on their motivations for the protest.

Also throughout the day, there were performances from Tool, who was riding high on their debut LP Undertow – an impressive mix of grunge-metal urgency, prog atmospherics, and existential lyrics belted by wiry frontman Maynard James Keenan – as well as Alice in Chains, and Primus. We found bits of these sets on YouTube, and present them below for your listening / viewing pleasure. (The Alice in Chains one is kind of rough – it’s shot from mid crowd, where the camera op spends most of the set bobbing around behind a tall person swigging from a bottle of water – and the sound cuts out for a solid 15 minutes in the middle. But, you know, it’s historical archive and all that.)

Were you at Lolla 93? Leave your memories of the festival in the comments.