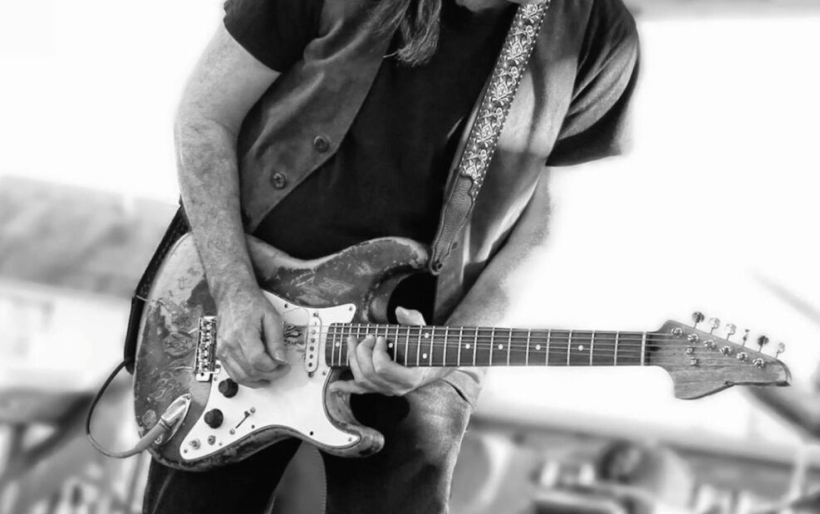 You can take the man out of the shore but you can’t take the shore out of the man. Blues rock vocalist and guitarist Billy Hector has earned himself a rightful place as one of the Jersey shore’s musical legends, playing up and down the state for nearly four decades and counting. From opening shows for Buddy Guy and running in the same circles as Bruce Springsteen and Southside Johnny and the Asbury Jukes, Hector is as vivacious as ever and ready to take on one of his most exciting gigs to date — the band is packing their things and trading coastlines for skylines to perform at this weekend’s XPoNential Music Festival. Hector and his band, composed of drummer Sim Cain and bassist Winston Roye, have a set of big proportions planned, with an even bigger point to prove.

A veteran of the Asbury Park music scene, most notably sticking through four different owners of The Stone Pony, Hector’s endurance in the scene is a testament to blues rock’s own principles —these artists work hard for the music they believe in. This mentality has led Hector to always try to connect with new listeners, that is, of course, while keeping true to the music that’s become an everyday facet of his life.

“I hope they’ll like what we’re doing, number one. I hope they would join our fan club and actually maybe buy some of our music, if that’s in our culture anymore — I don’t know!” Hector laughs during a phone interview. “It’s tough. It’s always been tough, but now even Mick Jagger’s moaning.”

With the music industry rapidly evolving — from the progression of streaming music on the internet to the back step of the vinyl revival alongside the emergence of new genres and sounds — Hector says the success of a blues band comes down to the latest generation’s perceptions. It’s true that the classics become ingrained in our society, no matter the new technology or trends.

“Hopefully I pick the things that are timeless. That’s really what’s going on, ya know, a good song is a good song. Somethings won’t leave the culture,” Hector says. In fact, much of the music from the 1960s and 1970s, eras that Hector performed through and channels to this day, always feels fresh due to their enduring spirit.

“My goal is to make music, it’s sorta like a calling. Things have changed, rap has become a big part of the culture and that’s great, funk is still happening pretty hard for people who are into it,” Hector says. “Then there’s other things that are leaving, but we’ll see. It’s really your decision. I am just a messenger. If the spirit is true and the spirit is talking, it crosses everything.”

With the songs and styles locked in, the other element that makes for a great live performance is an artist’s stage presence. Some musicians are born to soak up the spotlight, while others can only transform into their character when they hit the stage. Hector, on the other hand, had to get over some stage fright before he could dominate his shows.

“It took some learning, and I’m still learning now. I’m shy til it’s on but [ultimately] I’m most comfortable on stage,” Hector says. “It’s really the audience that’s doing it, that you have to relate to. Even if they’re not relating to you, you still have to perform.”

Going off of the crowd’s reactions is a staple of sorts at Hector’s shows. The band is known for making up setlists on the spot by gaging what does and doesn’t work with the audience. According to Hector, this spur of the moment set creation isn’t all that nerve-wracking, but for big festivals and when the band is accompanied by a horns section, a show outline is a must.

“I see what the crowd is responding to well and I just go from there and see, you know, it’s like a DJ mixing, but I’m mixing with actual players that actually know the music,” Hector says. “But in some cases, like a bigger than normal gig or if I have a horns section, then I make a list, because usually with a three piece [band] I only have two people to communicate with. So it’s like a conversation, you can just talk to two people in a hushed voice — but if you have seven people you gotta be organized.”

So, what’s next for a man who has put out a whopping fourteen studio albums in his career? Obviously, it’s album number fifteen.

“We’re working on another record [and] we have some music that we’ve already done or we’re fine-tuning it, maybe [we’ll] write a little more. We have some attention and we would like to stay in your good graces,” Hector laughs. “So that’s what’s going on, we’re in the studio working on new music, gonna do XPN Fest and I’m gonna have a birthday this year, another birthday is good.”

Billy Hector’s plays the XPoNential Music Festival on Friday, July 22nd at 5:05 p.m. on the River Stage at Wiggins Park. Tickets and more information can be found here.