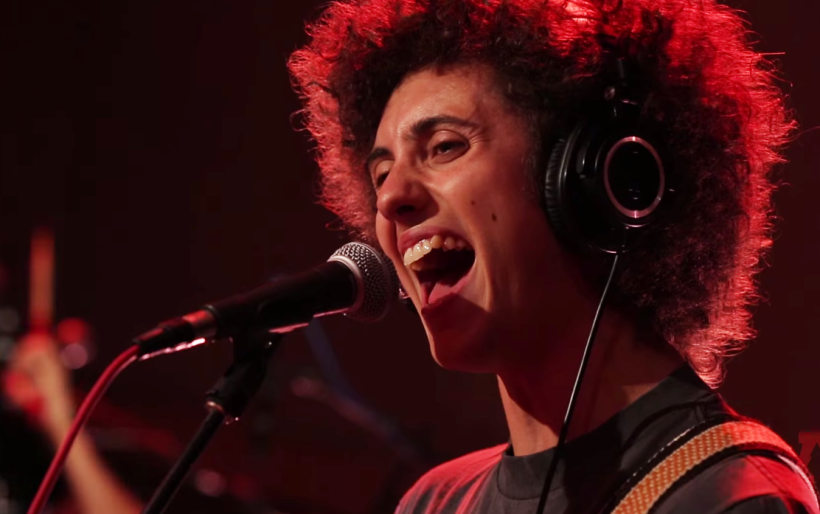 Philadelphia ex-pat Ron Gallo recently took his band to the Chicago studios of Audiotree for a live session and interview. Now based in Nashville, the country / blues-tinged rocker performed a handful of songs, including three from this year’s RG3 EP.

I believe this to the most accurate portrayal of what our band does, currently.  There’s a part where we discuss the concept of “weird” and whatever that is.  It’s just a level of freedom achieved by being yourself and not caring if people like or dislike that, that’s pretty much the only thing I would encourage people to do and something I’m learning myself.  Do it, as long as it is constructive and doesn’t harm another (unless it’s constructive).  The “world” aka “america” is fucking psychotic, it isn’t real, make your own world and revel in it everyday then share it, let other people come in and say “what’s up? i like what you’ve done with the place.”  Then pretty soon you are the president of your own universe that will go relatively untouched outside of the small things that keep you functioning in society. The whole world is inside you not the other way around. Anyway, thank you, keep on crushing it.

Watch the session below or stream it via Spotify.