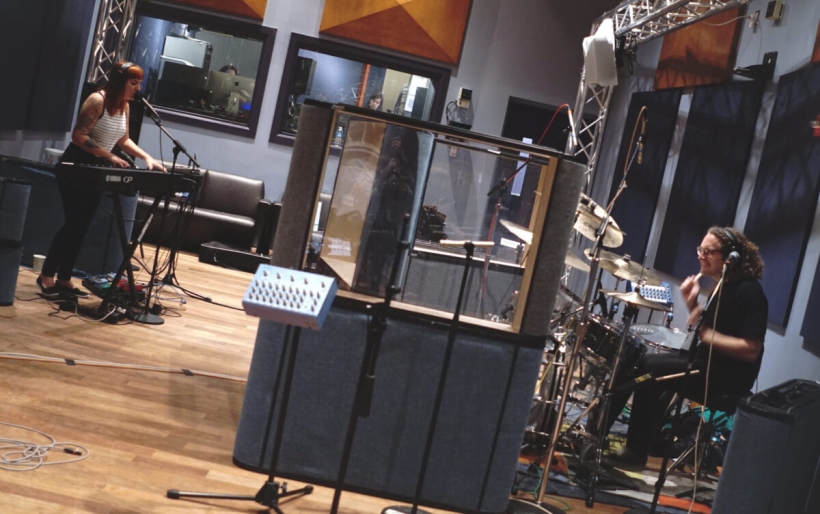 For their first-ever music video, Lehigh Valley punk duo Slingshot Dakota set up in the basement of a century-old house in Easton to record themselves rocking out amid flowers, broken glass and trippy projections. The video, directed by Josh FInck, premiered on NPR Music today. NPR’s Sophie Kemp had this to say:

“Paycheck” is an anthem for small-town punks; it’s meant to be heard in basements, which makes this video fitting. It’s music you’re supposed to mosh to, getting out every last emotion as you deal with the comedowns that happen while “trying to make it.”

Check out out below, and if you haven’t already done so, grab yourself a copy of their 2015 outing Break via TopShelf Records.

The band also swung through Little Elephant studios while they were on tour recently to record one of their video sessions – check out a performance of “You” from Break recorded at Little Elephant below.