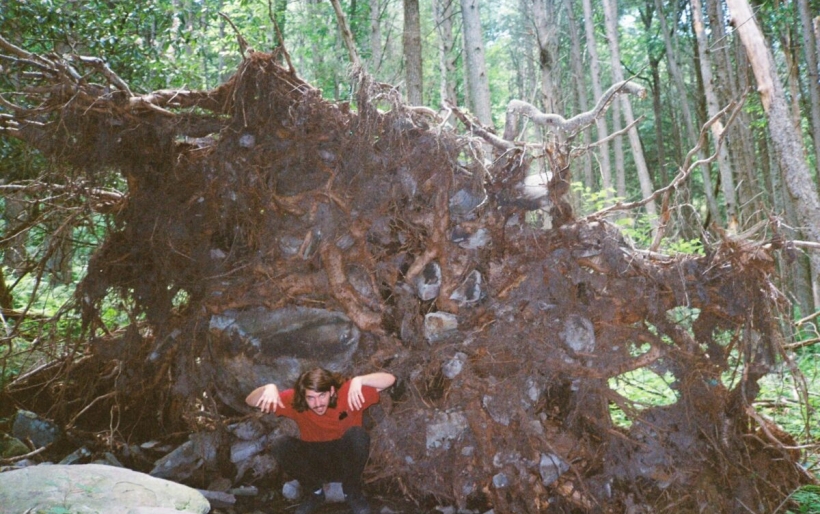 PREMIERE: Slip into the private world of Haggert McTaggert

Haggert McTaggert | photo by Casper RudderowIt’s always cool when members of our favorite bands step out with their own projects, especially when those instances involve a collaboration like the one we have here. Haggert McTaggert is the (not-so-new) moniker of The Districts drummer Braden Lawrence for a project that sees him team up with Pine Barons’ Keith Abrams (putting on his producer hat), and together they’ve created a record that is both cinematic and intensely intimate.

We first got a taste of Haggert McTaggert the album back in June with the premiere of “2nd Door Floor,” a centerpiece track that had The Key’s John Vettese recalling vibes of Alex G and Elvis Depressedly. The full record certainly mirrors those acts in terms of having a tight focus on tonal soundscapes and internal monologues, but Lawrence’s whimsical quirks come out in a more psychedelic style. It’s downtempo and relaxed, with colorful melodies and accents swirling above a steady low end. You can feel the meticulous attention to detail that went into crafting each track, the layers of sonic treasures revealing more of themselves as you get deeper into Lawrence’s psyche with each listen.

Slip on your headphones, listen to Haggert McTaggert and keep your fingers crossed for a live iteration of the project.