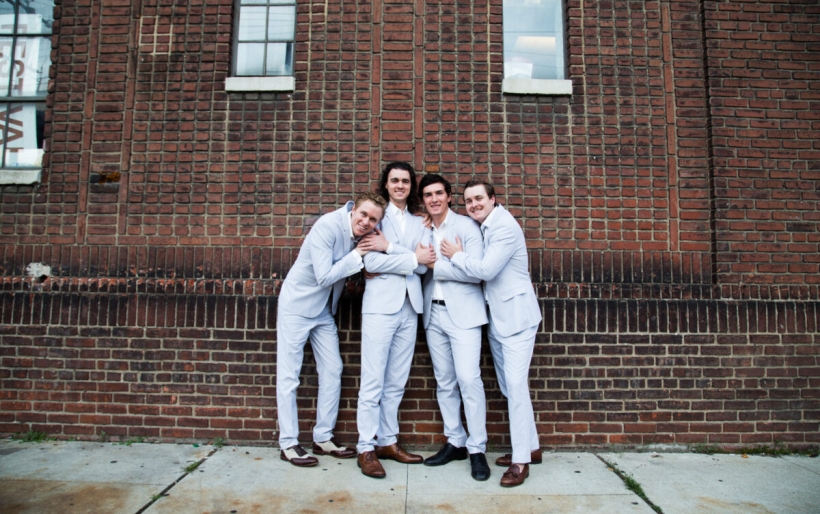 What a strangely simple time it was. Footage from the 1996 Democratic National Convention in Chicago has been popping up across the internet a lot lately, because quite frankly, the clips are amazing. And so, the Bucks County four-piece Ceramic Animal, who just stopped by our station last week for a Key Studio Session, have complied the very best bits of delegates getting down and trying their hand at the Macarena in this incredible mashup video for their new song “Daydreams via Memories.” The footage of politicians and candidates having some good ol’ fashioned fun is held in stark contrast to the dumpster fire that is this election season 20 years later.

The band said the video’s aim was to “lighten the current political mood by taking us back to the good old days,” and they definitely have us feeling nostalgic with this jovial video. Heck, even former President Bill Clinton makes an appearance, passionately playing the sax in clips from the 1993 Arkansas Inaugural Ball.

The song itself is a psych-tinged jammer with a simple chorus of  “it will be alright / if we make it through / make it through the night.” It definitely pulls from a broad spectrum of sound, from more current artists like Tame Impala to classics like The Doors. There’s a feel good energy to this song that makes it the perfect pairing to the dance-happy DNC video.

You can catch Ceramic Animal at their gig celebrating the Milkboy’s 5th anniversary on Saturday, August 13th with The Weeks and Foxtrot and the Getdown. Tickets and more info can be found over on the XPN Concert Calendar. And now, revel in the wonder of the ’90s with “Daydreams via Memories” below.