PREMIERE: Strange Parts debut with "Asleep In the Flowers" - WXPN | Vinyl At Heart 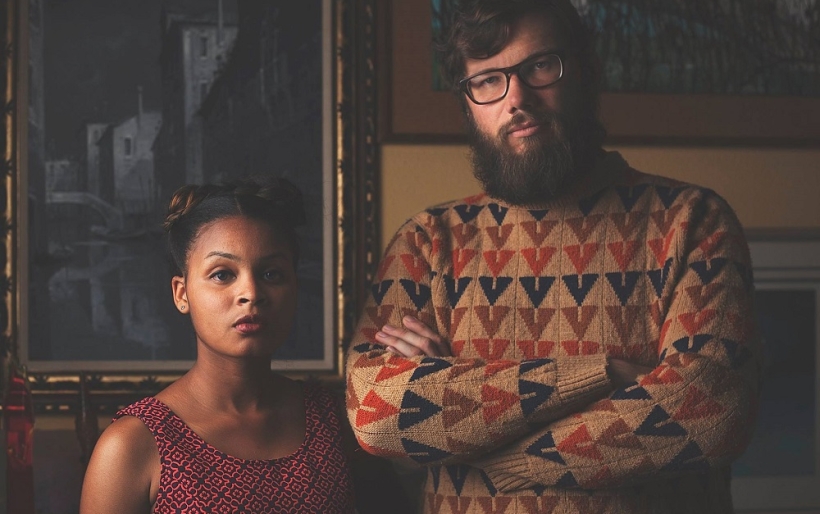 PREMIERE: Strange Parts debut with “Asleep In the Flowers”

You’ll see some familiar faces in this band.

Attia Taylor, long-time Philly artist (currently based in Brooklyn) and Corey Duncan, frontman of Oh! Pears, began to slowly forge a creative partnership when they first met in 2007. Several years, a few big moves, and many emails later they bring us Strange Parts, a true meshing of styles and personalities that has some exciting things lined up.

First, though, we have the premiere of “Asleep In the Flowers.”

Gritty drums and a subtle, deep synth open the track, lending an eerily mechanical structure to the otherwise flowing and dreamy vibe. It feels almost like something sinister is rippling underneath as Attia sings “You’ll find me in the garden in the summer of my life / I’ll be here clipping flowers / and in the meantime would you please let me be,” bringing atmospheric nuances from Duncan’s home region of the Pacific Northwest to an NYC avant-pop arrangement.

Listen to the single below. Strange Parts play Johnny Brenda’s first-ever free show on Friday, September 2nd along with Valley Exit (featuring Jeff Zeigler) and a DJ set from Suburban Living. More information can be found here. Duncan and Strange Parts drummer Christopher Acree will also be doing a DJ set earlier in week; more info for that here.