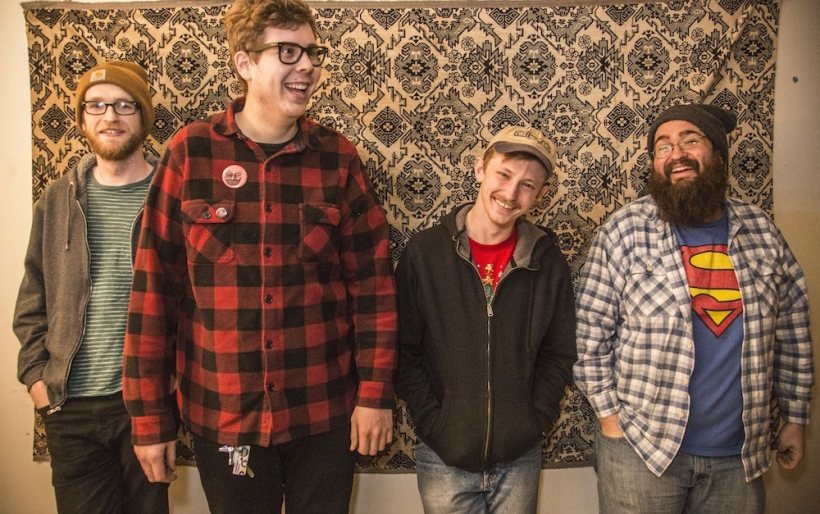 The folks in Left & Right are in full-blown prep mode right now as they gear up to release The Yips, a full-length follow-up to 2014’s Five Year Plan cassette. A release show was announced earlier this week (Everybody Hits, September 16th) and now the Fishtown-based outfit have shared a second single from the LP called “Trail Song.”

True to the Left & Right sound we’ve come to know and love, “Trail Song” is a heavy track, angular at times but also propelled by an addictive knack for power pop guitar riffs. It’s a bull in a china shop, exploding through the door with a barrage of drum fills and guitars. Singer / guitarist Daniel Merchant is gruff and growling in one moment, reflective and subtler in another.

Premiering the track on GoldFlakePaint, the band says:

“This is about choosing to make the same mistakes over and over again. Climate change. Humans acting against their own self-interest, often knowingly. This time characterised by gluttony and waste, selfishness. More specifically alcoholism.”

The Yips is set for release on September 16th through WarHen Records; a preorder is up now. Listen to “Trail Song” over on GoldFlakePaint and get more information for the all-ages release show with Friendship, Sneeze and Horsecops here. A previously released single called “Sleep Show” is below.