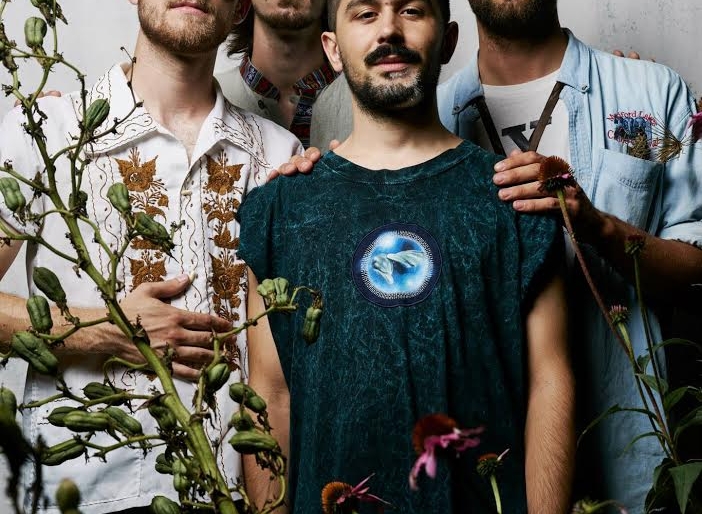 PREMIERE: Indie tunesmiths Whaler hold their own in “Deep End”

Some may call Philly’s Whaler fuzzed out lo-fi — a happy dosage of surfer vibes and slacker rock. But that’s a total injustice if you listened to the polished intricacies of their latest two song single Deep End. Though certainly beachy as times, there’s not much about this release that comes across as thrown together or unthoughtful, as the slacker genre would have you believe. Every note hits a sweet spot, a colorful combination of easy indie infused with swirling synths.

A follow-up to their 2015 debut LP Natural Barriers,Deep End features two total jammers, a title track and “The Weather Lately.” The latter is a nostalgic jaunt that plays like a faded, 35mm home movie, inspiring a sort of bittersweet wonderment for summers past. The track has a Beach Slang flair to it, an interesting companion to the title track’s more distinctly alternative pop feel a la Bombay Bicycle Club or Two Door Cinema Club.

The band truly hold their own on these songs, as well as the respective music video for “Deep End,” a jovial display fit with bopping and shimmying from each member, a quirky instrument exchange and an inescapable positive energy throughout their backyard performance and beer and pizza band shenanigans.

Whaler spoke about their inspirations and the recording process for these songs, saying:

We’ve always thrived on accomplishing every part of the recording process ourselves with what we have, which, in that case, was an 8-track Tascam Portastudio, a basement full of candles and houseplants, and a lot of time in a long cold winter.

For these new songs we wanted to go into the studio with someone we respect and whose work we admire, which was Jeff Zeigler at Uniform Recording, so we could try something different and professional and just focus on the performative end. We were able to fully flesh out these songs with total freedom and confidence which was eye-opening and inspiring, and we’ve got the next record totally written and ready to track.

Before they embark on a short Northeast tour, Whaler will be playing a going away show at Creep Records on Friday, August 19th alongside local act The Mellowells. More information on the show can be found on the Facebook event page here.

Check out the delightfully odd video for “Deep End” and listen to the two song single below.