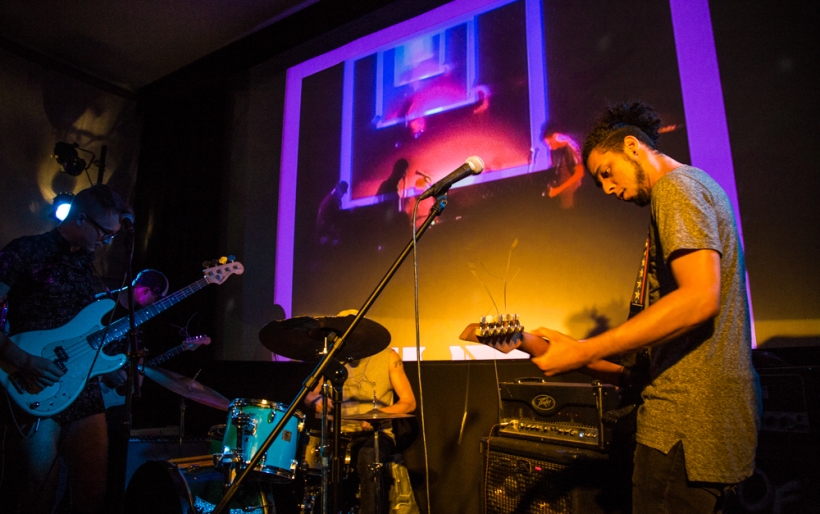 Performing two live sessions for Philly film collective Out of Town Films, local rockers Mumblr chose to highlight two songs that would encompass their June sophomore release The Never Ending Get Down — album bookends “Mudmouth” and “Domingo.” Certainly different but nevertheless complementing one another, “Mudmouth” is the zany companion to the ever heavy “Domingo.”

Filmed in Berks Warehouse, we watch as the guys completely wail on their instruments for the two and a half minute buildup of “Domingo” before Nick Morrison comes in with vocals. The weight of the song reflects Morrison’s headspace at the time of writing the material, and we watch as a tornado of sounds and feelings collide together. Clocking in at a little over 7 and a half minutes, the song rages on until the band leaves everything they possibly have out on the floor.

Mumblr is playing The Foundry tonight with Restorations and Thrills as part of JUMP Philly’s Red Bull Sound Select Showcase. More information on the first come first serve event can be found at their page here. Watch the live sessions of “Mudmouth” and “Domingo” thanks to Out of Town Films below.