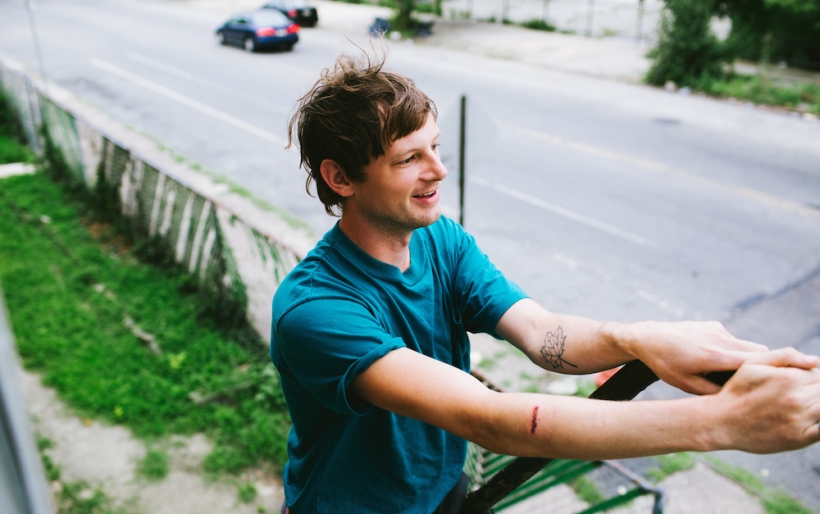 In advance of releasing his new LP Delicate, Philly based Hello Shark has shared a single called “Drake Night.” After seeing an ex at a Drake-themed club night, singer/songwriter Lincoln Halloran allows himself to slip back to their lost relationship, momentarily reliving the final days and feelings that led to its end.

It’s one of those quick, no frills numbers that’s heartbreaking in it’s simplicity, like listening in on a private phone call between the two people involved. Halloran added to the subtle conversational aspect by calling in Emily Sprague of upstate New York’s Florist, whose gentle backing vocals on the last segment of lyrics cast over the song both a sadness and a sense of split-screen, mutual disappoint.

Hello Shark is out on tour now, but he’ll be wrapping things up at PhilaMOCA on August 31st; more information for the all-ages show can be found here. Delicate is out September 30th via Orindal Records.