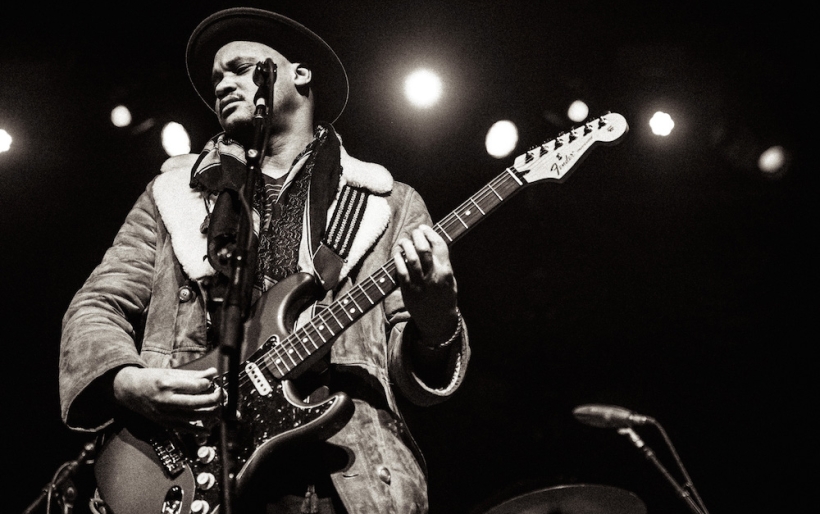 Philly rocker Son Little has been taking things quiet since wrapping up his early summer run with Leon Bridges (and playing a handful of festivals around the country). But if that gives him time and space to get another album out into the world, all the better.

In the meantime, he shared this cover of “State Trooper” from Bruce Springsteen’s Nebraska. The original is harrowing and howling, with the tone reportedly inspired by the Boss’ love of NYC experimental synthpoppers Suicide. Son Little keeps it minimal, but takes it out of that acoustic zone, adding back some of those electronic textures he’s so good at. It’s his own nervy interpretation of a desperate man on the lam and his fear of encountering the authorities…something that, given recent (and not-so-recent) events, takes on an added layer of poignancy.

Give it a listen below, and compare it alongside the original. Son Little plays the Project Pabst Philly show at the Electric Factory on October 8th. Tickets and more information can be found at the XPN Concert Calendar.