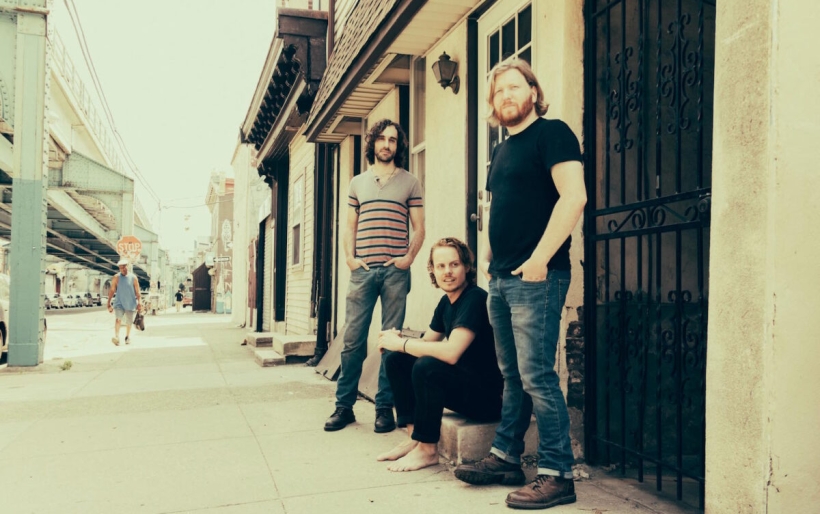 The End of America | photo by Sean Quilty

PREMIERE: The End of America explore life and all its challenges on self-titled LP

Local trio The End of America have a talent for wrapping their thoughts and feelings into soul-striking harmonies and folk-rock melodies, something heard on 2013’s Shakey and now on the outfit’s new self-titled LP. We’re premiering the latter today, a few days ahead of it’s official September 2nd release, so you have extra time to dig into the questioning and hopeful songs that fill its sonic walls.

Amidst the plucky banjos and somber pedal steel guitars are lyrics about self-doubt, hospitals and hope for the future. It’s heavy stuff, and clearly very personal. To get some back story on the record and where the songs came from we caught up with the band over email – as you’ll read below, The End of America is the product of a very difficult period for the three friends and was greatly influenced by their experiences over the last three years:

It’s been a wild couple of years since our last release. We lived entire life-spans in the course of three years. Weeks after we left the studio from recording our last EP, our world was rocked when our drummer Jarrod was hit by a car, leaving him in a coma for weeks. The months following were nail biters, but amazingly, he woke up and made a stunning recovery.

At the time, two of us were living in New York, and in an effort to be closer together and celebrate the gift of being able to make music together, we decided to move to the same neighborhood in Philly and start writing the record you’re hearing now. Months holed up in our Fishtown residence (affectionately dubbed Philafornia) led to a batch of new songs that we recorded with our great friend Dave Downham at Gradwell House.

After Jarrod’s accident and a nearly disastrous tour-van accident (that was magically/hauntingly captured via iPhone recording and placed at the very end of the album), the themes of the lyrics naturally gravitate towards questions of why we’re here and how to make the best use of the short time we’ve been given.

The End of America will celebrate the album’s release at Johnny Brenda’s on September 8th with Pete Hill; tickets and information for the 21+ show can be found here. Stream the LP below and put in a preorder here. The End of America | poster courtesy of the artist