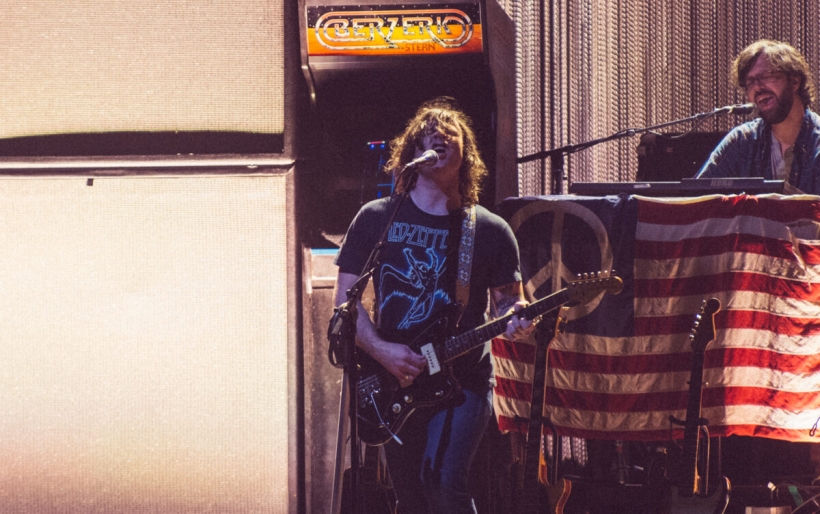 It’s pretty well known that singer-songwriter Ryan Adams is one of our  favorites here at WXPN, so news today from Entertainment Weekly about a new album to come in the fall is pretty much rocking our world.

Adams, who slayed at the XPoNential Music Festival this past July, tells Entertainment Weekly that of the 80 or so songs he’s written, he’s managed to pull a dozen or so together for an album he’s releasing on November 4th.

Last fall, when Adams was promoting his cover of Taylor Swift’s 1989 album, he told EW his upcoming set was inspired by the “sonic geography” of Bruce Springsteen’s Darkness on the Edge of Town and the Smiths’ Meat Is Murder.

But in the months since, new influences have crept in, including Bruce Hornsby and AC/DC. Adams zeroed in on these artists while going on long runs around his adopted hometown of Los Angeles: “When I run, I listen to [an iPod] Nano that I have,” he says. “I put all the AC/DC records on from back to front, or I’ll listen to the best of stuff from the ’80s: Springsteen, or [Nick] Hornsby, and I’ll listen to what is going on there. I was listening to AC/DC’s Fly on the Wall and that’s when I realized what I had to do for the record.”

Adams also says Bachman-Turner Overdrive and ELO helped shape his guitar sounds specifically: “I was like, ‘Wow! I understand the multicolored guitar tone moments now. You can layer stuff. I really just learned a lot.”

Adams worked with producer and musician Don Was on his forthcoming album.