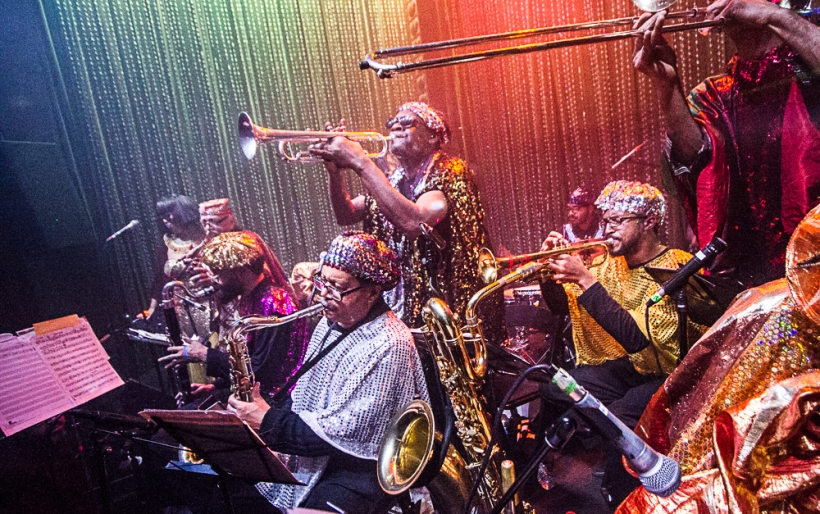 Celebrate Halloween with the Sun Ra Arkestra at Johnny Brenda’s

Even though the legendary jazz musician Sun Ra left the planet when he passed away 1993, the spirit, soul and music of the Sun Ra Arkestra has continued to live on under the direction of Marshall Allen.

We can’t think of any better way to celebrate Halloween on October 31st than with a show by the Arkestra at Johnny Brenda’s. The Arkestra will be playing the Fishtown club in a 21+ show. While the band continues to tour around the world, fans of the band were saddened to hear of the passing of long time Arkestra member saxophonist Charles Davis this July.

If you’ve never seen the Arkestra, just know they put on a spectacular show, and in the spirit of Halloween, they are likely to more than deliver on the promise of their musical genius.

Go to the XPN Concert Calendar for tickets and more information. Below, dig into “Space Is The Place.”