Philly native Santigold is slated to appear at The Piazza at Schmidt’s Commons on Saturday, September 17th as part of the Neighborhood Flavor concert series. This run of block parties highlights the home cities of popular artists, with each show being preceded by a mini-doc that details the artist’s rise to stardom.

Earlier this year, Santigold released her third studio album, 99¢, and this past May, she threw the ultimate homecoming party with her show at the TLA. If you missed that performance, next Saturday’s block party is sure to continue that trend. For more information and to RSVP, check out Neighborhood Flavor’s website. 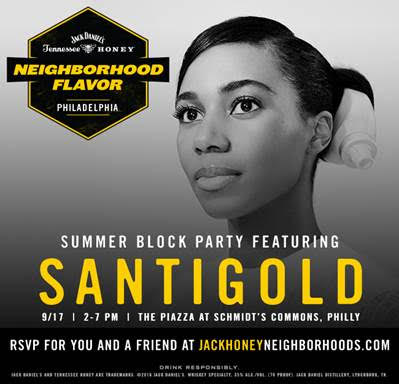