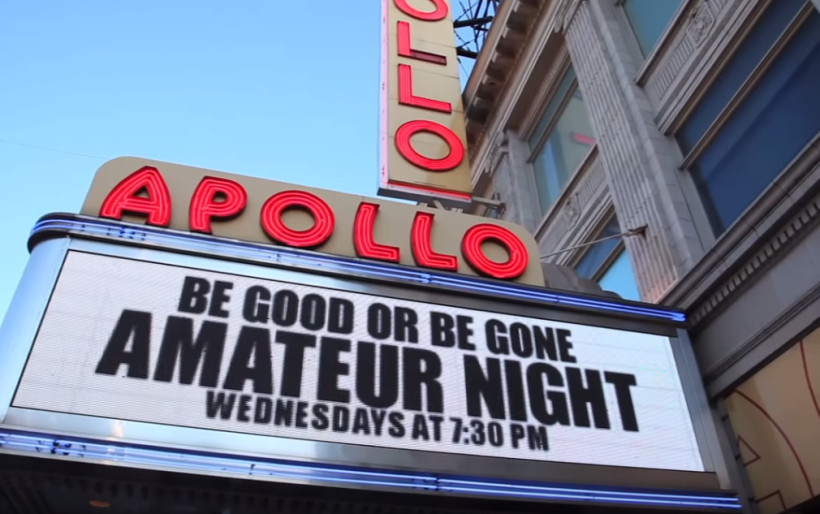 PSA for all Philadelphia performers. This Saturday September 17, New York City’s Apollo Theater will be holding auditions for their nationally recognized Amateur Night.

This legendary night, which is now in its 82nd year, launched the careers of renowned performers Billie Holiday, Stevie Wonder, and Michael Jackson just to name a few. In 1934, actor and Producer Ralph Cooper started the Apollo’s Wednesday Amateur Night. One of the first performers to step on that stage was American Jazz royalty, Ella Fitzgerald.The show was broadcast all over the nation, and became a household name for talent competitions. Amateur Night was a model for some of today’s most watched shows like American Idol and Star Search. Additionally, the Apollo Theater has become a mecca of success for emerging Latino and African-American performers.

The Kimmel Center located on Avenue of the Arts will be hosting the auditions which run from 10 a.m. to 6 p.m.  Singers, rappers, dancers, comedians, and spoken word artists are all welcome to audition for one of the much sought after spots. Performers must be at least 5 years or older to be considered. Children aged 5 to 17 will be considered for the “Child Stars of Tomorrow” portion of the competition while anyone 18 years or older will be judged in the adult category. Those few that are chosen at the Philadelphia leg of the auditions will have a chance to perform in the upcoming 2017 season of weekly Amateur Night shows. For more information about the auditions click here.