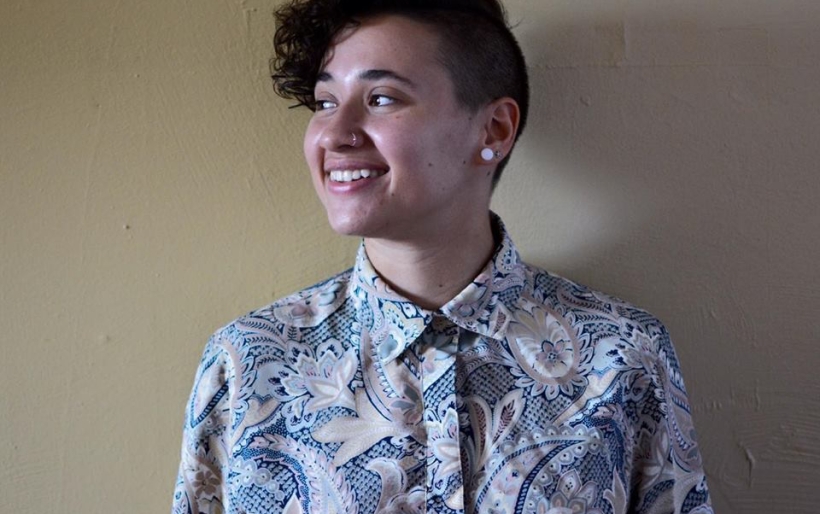 AllegrA | photo by Rose Savage | courtesy of the artist

Stepping out from her role as bassist in Pittsburgh’s Yes Yes A Thousand Times Yes, Philadelphia native Allegra Eidinger is prepping to debut her new solo project AllegrA. Her first EP My Legs Are Growing follows up a pair of demos from the spring and will be digitally released on September 25th, showcasing the multi-instrumentalist’s intimate style of no frills pop.

Head-bopping melodies open the EP on “wool or fleece” as Allegra’s staccato vocals relate buying “new old clothes” at a thrift store to making a change in her life. Later on she shares more of her inner dialogue with us on the spacious “you make me nervous.” From the killer bass riff on “snooze” to the heartbeat kick drum on “pass it back to me,” My Legs Are Growing is full of the instrumental details and lyrical nuggets that are hard to let go of.

This collection of songs is representative of the ways that I have grown, not only as a musician but also as a queer woman. Although my lyrics don’t actively talk about how I’ve worked towards a clearer voice, the overall voice and sound of the tracks seem clarify this for me. This is part of why I’ve named the EP “my legs are growing”: partially because “Legs” is a childhood nickname of mine, partially because this EP shows my progress as a music-maker. It’s also slightly a joke because I’m super short and my legs aren’t actually growing any more!

Stream My Legs Are Growing below and if you’re in the PGH area, catch AllegrA’s full-band release show at Mr. Roboto Project on October 21st or at City Grows on November 13th. Keep an eye on the AllegrA Facebook page for more details.