Listen to a new song from Honus Honus called "Oh No!" 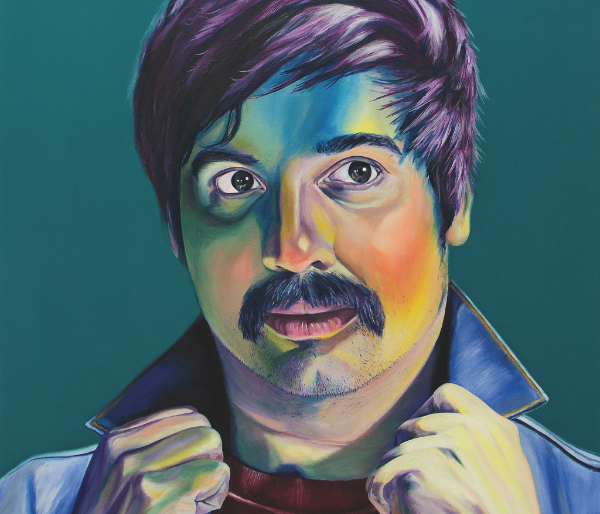 Honus Honus | portrait by Mustafa Shaheen | courtesy of the artist

Listen to a new song from Honus Honus called “Oh No!”

With his debut solo LP set for release next month, Honus Honus has shared a new track called “Oh No!” via Consequence of Sound. Also known as the frontman for Philly-based Man Man (and in some circles, Ryan Kattner), Honus keeps the colorfully weird musical sensibilities we love about his band alive on Use Your Delusion.

As Kattner tells CoS, the solo LP came about during a hiatus period for Man Man. The band had released 2013’s On Oni Pond, toured all over and needed a well-earned bit of downtime. But Kattner doesn’t really slow down like that, so here we are three years later with a complex, fully-realized psych-pop record chock full of collaborations from his newly adopted home of Los Angeles.

About “Oh No!,” Kattner writes:

“[Producer King Cyrus King] wasn’t a fan of the song when I initially brought it to the table so it took a bit of convincing to get him onboard. It truly was a situation where when he first heard me demoing it out he went, ‘Oh no, not this song!’ The name was sort of born out of that moment even though the lyrics in the bridge already hinted at a title. Also, ‘Ono’ in this pronunciation is Hawaiian for delicious. Food for thought.

Going into this making this record I wanted to play around with different synth sounds, experiment with brighter, maybe even ‘cheesier’ tones that would draw a sharp contrast to some of the non-breezy lyrical content. I’ve always been a fan of juxtaposing opposing vibes and I love how the tune has a bouncy, summer feel but if you actually listen to what I’m singing, the sentiment is rather melancholy since it’s a song dealing with a breakup and post-breakup healing. But…if you’re someone who just hears the music and could care less about what the song is about, it’s a feel-good jammer and sounds even better when you pump up the volume! True story.”

Catch Honus Honus at Boot & Saddle on November 15th; tickets and information for the 21+ show can be found here. Want more? Read our interview with him about the new record here.