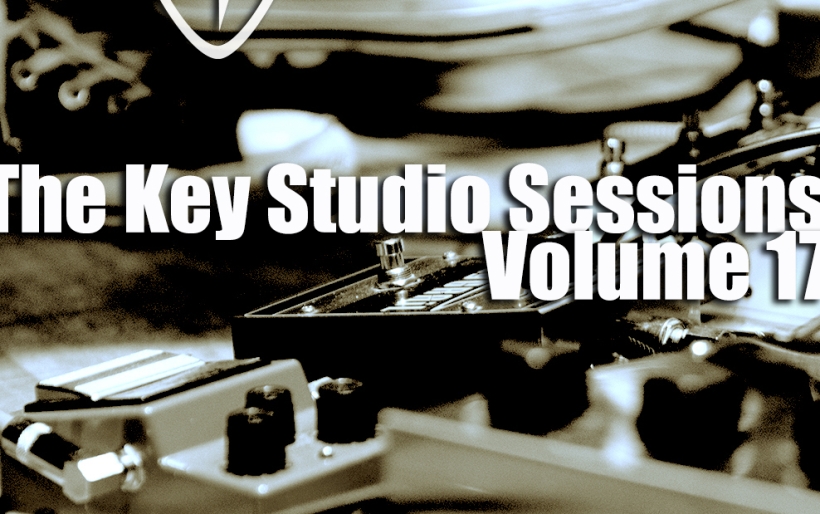 The Philly music community is our first love around here at The Key HQ, it’s something we’ll always rep loudly and proudly. But on the latest installment of our Key Studio Sessions compilation series, we allowed ourselves to get a bit more geographically relaxed.

There are still Philly ties across its 19 tracks, make no mistake. But many of the artists on this set are ones who started locally and moved away, or recently arrived on the scene from other places on the map. Or, in some cases, both.

Take the minimalist, goth-tinged punk duo Woven In, who moved to Philly from Florida about a year and a half ago, hit the ground running, and impressed us enough that we invited them in to record this July. Flash forward two months, and frontwoman Mariah Johnson is set to play her final show as a Philadelphian this Friday at Ortlieb’s before relocating to Brooklyn.

There was a time where I might have grumbled at an artist’s departure from our immeasurably awesome metropolis, especially to a scene as oversaturated as Brooklyn. Know what though? Good music is good music. And if her time spent in Philly informed the good music Johnson creates with Woven In, and if Brooklyn affords her more opportunities to grow, I’m all for it. There’s no space for puritanical restraints in the heart of the true music fan.

To run down the Philadelphians on the periphery: we hear a rousing new song from Brian McGee, who first made his name in the Delaware Valley punk favorites Plow United some 20 years ago before moving to Asheville, North Carolina and discovering his new voice as a folk troubadour; “Never Say Die” is a bit of both worlds, with a heartwarming dedication to the dearly departed Asbury Lanes.

Indie rock four-piece Littler went on tour after recording their session in June, and upon returning home to Philly, played a farewell show and relocated to California. Atmospheric dreamscapers The Dove and the Wolf recently arrived in Philadelphia after growing up and getting their start in Paris. Thought-provoking rapper MH the Verb bounced around a lot, starting in Pittsburgh, moving to Philly, then to the Bronx and then back to Philly. And though Dan Campbell himself is local, his stacked band of players in Aaron West and the Roaring Twenties hails from all around the east coast, as far north as Connecticut (Cam Boucher of Sorority Noise on sax). They might not be Philly specific players, but their performances were all tremendous.

And besides, there’s plenty of Philly-specific to go around: rocksteady favorites The Snails bounce around to “Press Play”and grungy house show heroes Loose Tooth rock out with a moving guest vocal by Abi Reimold on “Day Old Glory.” Illuminating indiepoppers Mercury Girls reach for the stars on the shimmering “Beverly,” CLIQUE gets heavy and cathartic on “Medicine,” Heart Harbor turns in the folky anthem “Always, Honey.” Liz De Lise channels St. Vincent on the guitar tapestry of “Baby,” Fishtown staples Prowler get weirdly funky on “Blood Boil.” And that’s not even everybody.

It’s a great set of performances that we’re really proud of and psyched on, as you should be too — it’s a set that shows that Philadelphia music knows no bounds. Listen to The Key Studio Sessions Volume 17below, and grab a free download on Soundcloud.