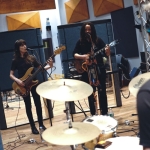 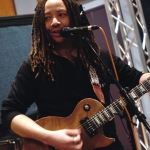 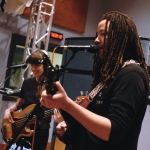 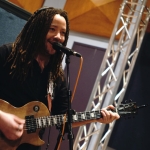 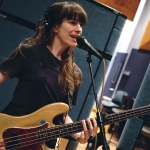 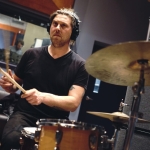 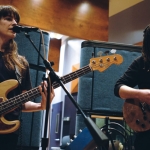 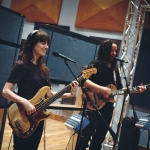 “What are you listening to these days? Any current influences?” were the questions posed yesterday to Conor Oberst, Mr. Bright Eyes himself. during a New York Times Facebook live streaming event. Oberst responds that “he’s really into this guy, MiWi La Lupa, he’s from Buffalo, New York, and he just put out a new record called Beginner’s Guide. I’ve been playing that one a lot lately.” And I thought to myself that between Beginner’s Guide and his other new album from this year Ended Up Making Love, we’ve been listening to MiWi a lot too, and for good reason. In some ways it might be because Ended Up Making Love reminds me of those now classic Saddle Creek Records albums from bands like Bright Eyes, Rilo Kiley, Cursive, Son Ambulance, and others – full of bombast, collaboration, and energy. Those records and now MiWi’s have a true voice and perspective – something to say. It doesn’t hurt that MiWi moved to Omaha (home of Saddle Creek) to work with Conor Oberst alongside long-time Saddle Creek staple Mike Mogis on Ended Up Making Love.

On tour supporting Ended Up Making Love, MiWi with his band, Jesske Hume on bass and Connor Elmse on drums, stopped by the WXPN Studio to perform a few songs for us. Even more so than the record, that sense of collaboration and exuberant energy permeated the playing when MiWi’s band got rolling. We hope to have MiWi back so he can play songs from his even newer album from 2016 Beginner’s Guide.