On this day 21 years ago, Sonic Youth played the first concert at the Electric Factory - WXPN 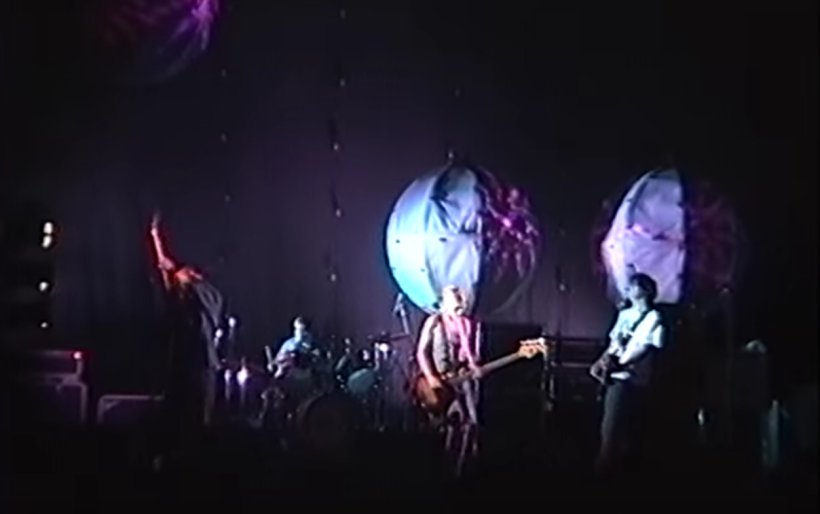 Sonic Youth at the Electric Factory | still from video

On this day 21 years ago, Sonic Youth played the first concert at the Electric Factory

Twenty-eight years ago today, downtown NYC noisemakers Sonic Youth released Daydream Nation, the album many consider to be their magnum opus, their defining statement, the record in their canon that spawned a generation of followers. It was one of the first albums of the pre-alternative era to be chosen by the Library of Congress to be preserved in the National Recording Registry. It’s the album that 16-year-old me rushed to buy at the Lollapalooza 1995 merch table after having my mind blown by their night-closing performance. I still have that CD on my shelves somewhere.

Twenty-one years ago today, Sonic Youth was not particularly interested in thinking about Daydream Nation, as they had a very worthy new release to celebrate at a very new music venue. On October 18th, 1995, the band headlined the first-ever concert at the brand-new Electric Factory in Callowhill. Their ninth long-player, Washing Machine, had just appeared on shelves, and it was an expansive and psychedelic collection of songs that thrillingly blended punk dissonance, ambient melody and occasional pop hooks. Opening the show was Dirty Three — the instrumental project of The Bad Seeds’ Warren Ellis, who was quite intoxicated and explained that songs were about bike seats not fitting correctly — and local psych luminaries Bardo Pond, which left a powerful impression on me as well.

As fate had it, the bigger excitement at the time was for the following night’s show — late 70s / early 80s heartland rockers Joe Grushecky & The Houserockers, who most people under 55 have never heard of and who a lot of people over 55 might only remember foggily. But Grushecky was buds with Bruce Springsteen, who shared the stage with him at the 3000-ish cap Factory for its second night of business. The fact that The Boss was rocking such a small room had local music heads in a frenzy, and the opening night with the noisy alt-rockers was sort of (per my recollection) seen as an afterthought for the kids.

Sonic Youth’s Thurston Moore sort of joked about this at the show, when a furious rendition of “Starfield Road” gave way to howling applause, and then a breathless silence. A heckler took advantage of the auditory space to scream “FUCKSHITUP.” To which Moore responded, “Fuck shit up? Rumor has it Bruce Springsteen is coming here tomorrow night, and look man, he’s gonna fuck shit up.”

I have no doubt that Moore actually reveres Springsteen, and this was just tones of jaded Gen-X irony seeping through. But in a very real way, Sonic Youth fucked shit up on their own that night, tearing across Washing Machine and its challenging predecessor, 1994’s Experimental Jet Set, Trash and No Star, dropping choice older cuts from 1986’s EVOL (“Expressway to Yr Skull”) and 1987’s Sister (“Pacific Coast Highway,” “Schizophrenia”) and generally enthralling the fans in the room, whether they were committed devotees who were probably totally cool with not hearing any Daydream Nation selections to the new converts like yours truly (who would not have minded if “The Sprawl” had been in the mix).

In the below video, an 8 mm transfer of the entire show from the archives of Philly concert videographer Markit Aneight, you’ll see lots of remarkable sights. Kim Gordon drops her bass to the floor and walks on it during an extended jam on “Skull,” while beams of colorful light bounce off three orbs suspended from the stage throughout the show. You’ll also hear remarkable sounds: the resplendent tones of “Diamond Sea” and the jagged punk of “Junkie’s Promise,” songs SY had all but abandoned towards the end of their career (reportedly due to stolen guitars). That’s to say nothing of a righteously profuse use of the f-bomb, such as Gordon’s intro to the title track of the new record: “This song is about a machine that’s more important than the computer: the washing fucking machine.”

You know what? It’s 2016, and I’m pretty sure I still stand by that sentiment. Below, watch the video, which I distinctly remember buying on bootleg VHS from a South Street shop (Veem?) back in the day. I still have that VHS on my shelves somewhere.