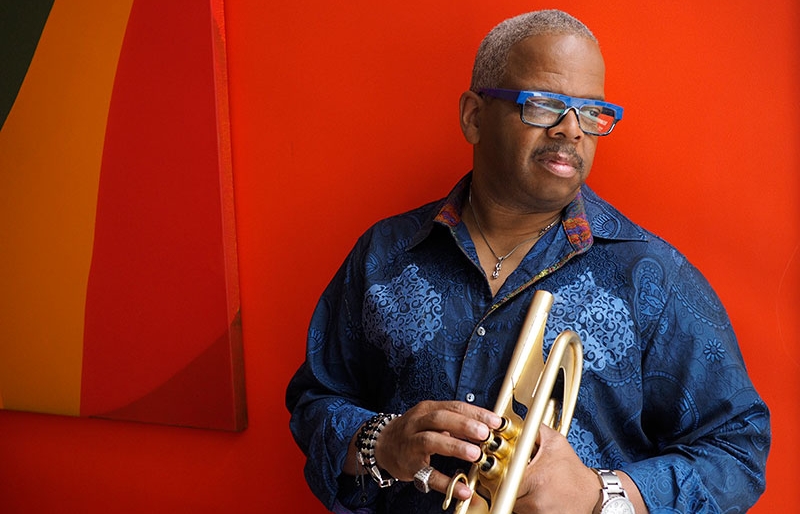 By Julie Miller
October 19, 2016
08:10 AM
Share
Terence Blanchard will perform at the Zellerbach Theatre on 10/21 | photo by Henry Adebonojo | courtesy of the artist

Annenberg Center Live‘s African Roots, American Voices is an ongoing program that explores “the African diaspora’s unique contributions to American culture,” tracing the lineage through various musical genres. For their 2016/2017 season, the Center will look at the history and legacy of blues music through several film screenings, concerts and performances.

African Roots’ next event is a live performance by Grammy Award winning trumpet player Terence Blanchard and his E-C Collective on Friday, October 21st, whose new record Breathless pulls strains of funk and R&B into its blues roots.

This weekend also brings Philadelphia’s own Arpeggio Jazz Ensemble to the Harold Prince Theater for an exercise in Memphis soul blues on Saturday, October 22nd, followed by a screening of The Road to Memphis on Wednesday, October 26th.

Highlights from later on in the season include the Philadelphia premiere of Step Afrika!’s dance performance The Migration, an appearance by Sierra Leone’s Refugee All Stars, a multi-media presentation of I Go On Singing: Paul Robeson’s Life in Song, and a program-closing concert with Meshell Ndegeocello.

More information for all of the events can be found here. Watch Blanchard and his quintet perform below, followed by clips from future African Roots, American Voices participants.