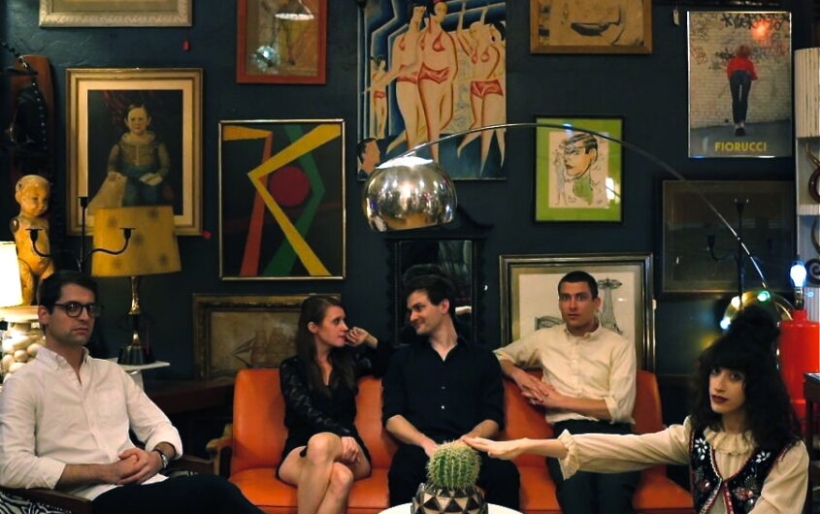 This year, local singer and songwriter Adrianne Gold teamed up with a handful of fellow vets of the Philadelphia indie rock scene to found Daisy Glaze, a new band that transcends their collective pop/rock pasts. Don’t be fooled by the fact that they share their name with a Big Star song – this is some serious, cerebral psychedelia.

Alongside Gold, we have Buddy Mazzenga, Lynna Stancato, Scott Churchman and Sean Rosner in the Daisy Glaze ranks, with contributions from Carolyn Haynes of Ghost Gum and Aster More. Their debut EP Heavenly Bodies — which we’re excited to premiere for you below — is an immersive swirl of melodies and textures in the vein of Warpaint.

Daisy Glaze plays its first show on December 3rd at The Buffalo in South Philly with Eagle Daddy, Cabbage and Bachelorettes — more informatuion can be found at Facebook. Listen to Heavenly Bodies below.