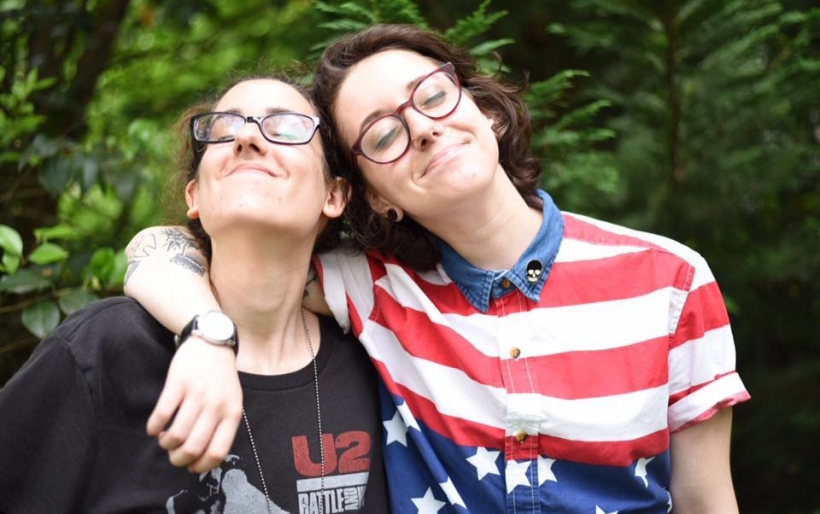 Coping Skills | photo by Julia Leiby | courtesy of the band

PREMIERE: Coping Skills clock in at Boot & Saddle in new “Drop Out Of College” video

Local duo Coping Skills released their sophomore effort Relatable Web Content earlier this year, striking a goldmine of “bummer pop” feelings and fun. The record, which is now in it’s second cassette pressing over on Bandcamp, has several standout tracks: the atmospheric “We Bury Our Dead Alive,” the bouncy “4 Days with Me Will Change Your Life (Cool Girl),” and “Drop Out of College,” whose accompanying video we’re premiering today.

Songwriters / musicians Rachel Dispenza and Lauren DeLucca draw their lyrical inspiration from real life moments, making their Relatable Web Content truly relatable. For “Drop Out of College” the duo take us to work with them while lamenting the all-too-common experience of having to juggle multiple, often unsatisfying jobs to pay back a massive amount of student loans.

The video is semi-autobiographical in a lot of respects….[It] tells the (mostly true) story of us working every job at a venue – bartending, serving, running sound, doing door – while our band is playing on the same night. We filmed it at Boot & Saddle where we both are employed. We end up being fired by our actual boss Gina, who has a habit of fake-firing us constantly in real life.

The video was filmed by Jackie Papanier, whose short film Regular will be in the FirstGlance Film Festival in Philly on Saturday, November 12th.

Watch “Drop Out Of College” below. Coping Skills will set out on a quick east coast tour in early December, hitting Cape May and Allentown before wrapping up at a TBA show in Philly.