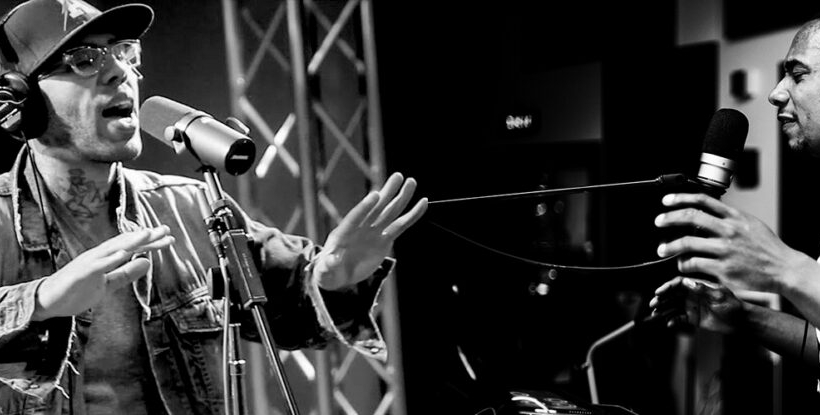 S.T.S. and Khari Mateen team up for a Halloween jam called “Horror Movie”

The true test of a Halloween song is less the scare-factor (though that’s important) but also the endurance factor. In other words, how well will this piece of music hold up the other eleven months of the year? The Specials’ “Ghost Town,” RJD2’s “The Horror,” Ryan Adams’ “Halloweenhead” — prime examples of Halloween-centric songs with round-the-calendar relevance. Tracy Morgan’s “Werewolf Bar Mitzvah”? Not so much.

Today, Philly rapper S.T.S. teamed up once again with his regular production partner Khari Mateen for a new cut called “Horror Movie” — and despite the chiller cover art decked out in dripping-blood typeface, this song has more than a day’s worth of legs to it. The minor key synthesizer arrangements and pitch-adjusted vocals in the intro claw at your nerves, but once the song kicks in, it manages to sidestep those cliche sounds and eerie samples. The beat is subtle and subdued and, instrumentally, it could be a really dope cut from The Weeknd or Nine Inch Nails.

Khari takes a verse with melodic singing, Slim spits another verse on its heels, both are imbued with macabre imagery (“scary like sayin’ Bloody Mary three times with the lights off” from Slim, “do you hear the monsters under your bed?” from Mateen). But this is less about ghouls and goblins per se (though they are namechecked) and more about the isolation of lust, the fear in love, the contrast between intense desire and vulnerability — all set to a soundtrack that haunts in autumn but still makes sense outside of it.

Give a listen to “Horror Movie” below and see what you think.