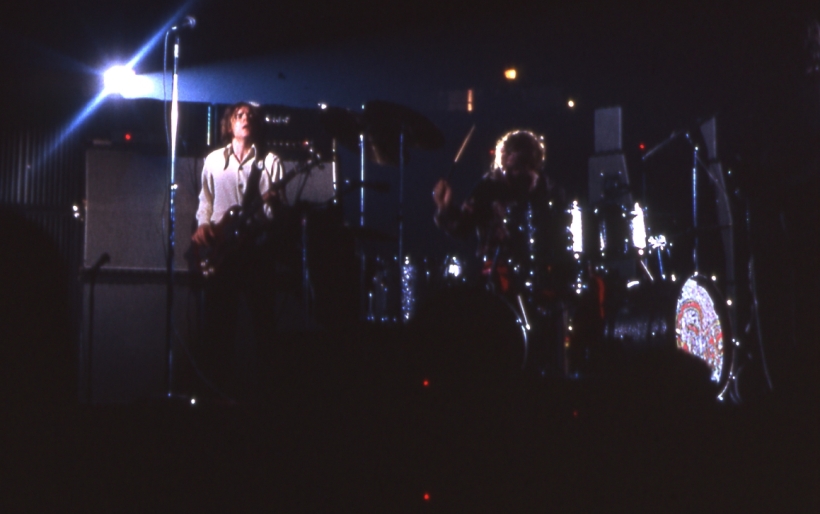 Check out photos of Cream rocking The Spectrum, November 1, 1968

By John Vettese
November 01, 2016
04:11 PM
Share
Cream at The Spectrum | photo by William Kates courtesy of the artist

We’ve talked a lot about the sheer volume of rock and roll history contained in storied South Philly arena The Spectrum, from its opening day in 1967 to its final concert in 2009.

Today marks an anniversary on the earlier side of things: on November 1st, 1968, Cream — the o.g. blues rock power trio from London consisting of of singer-guitarist Eric Clapton, drummer Ginger Baker and bassist Jack Bruce — played its final Philadelphia concert at The Spectrum.

The concert was remembered in the book Strange Brew: Eric Clapton And The British Blues Boom 1965-1970:

Although the tour has more downs than ups, Clapton will have strong memories of tonight’s gig when talking to Phil Sutcliffe nearly 40 years later. “I remember one show at the Philadelphia Spectrum…and I was playing the Gibson Firebird…and it was one of our greatest gigs ever. I was flying; no confusion, no indecision about when to stop, start, come in, go out; I wasn’t tired, I seemed to get more elevated through the evening, one of my greatest gigs ever.” The view is seconded by Jack Bruce, who later tells Tony Bacon: “The Spectrum is one of the very best gigs in America, if not the best. Philadelphia is a great rock music town. I’ve played that a few times, and it’s always been great. A rocking gig; great audience.”

Local photographer and rock enthusiast William Kates was there, and posted this incredible reminiscence of the show a few years back (in conjunction with WXPN’s Most Memorable Musical Moments countdown).

Kates remembers that this was when arena rock shows were largely played in the round, with the stage smack in the center of the floor. “It was round, and slowly revolved,” he recalls, noting that the band was configured with Bruce on bass and vocals to the left, Baker drumming in the center and Clapton slaying on guitar on the right.

“Cream took the seemingly simplistic format of power trio, electric guitar, bass and drums and excelled on any number of levels, not the least of which was Clapton’s electric blues excursions,” Kates writes. “The audiences on this farewell tour were treated to the work of a master guitarist who earned with his playing, every one of the often ridiculous accolades that he accumulated during his tenure in Cream.” The rotating stage also gave the crowd a look at some behind-the-scenes moments that tend to be hidden from the audience these days — like the above guitar tech replacing a string for Clapton while the band’s stenciled amplifiers stood overhead. Equally intriguing in Kates’ recap of the show: Cream had a local opener, Sweet Stavin Chain, who released one self-titled album on Cotillion Records — a division of Atlantic — in 1970. Writes Kates: the “local Philly favorite whose excellent combination of blues and rock, ‘Stormy Monday Blues (Call it Stormy Monday)‘ may have been overshadowed by their popular novelty rendition of ‘Teddy Bears Picnic.’ Led by guitarist Danny Starobin, Sweet Stavin Chain was the house band at Starobin’s Germantown club, Hecate’s Circle.”

There’s no audio or video from this concert, unfortunately, but you can get a sense of the vibe from this recording of the following night at New York City’s Madison Square Garden.

Were you at this concert? What were your memories of it? Let us know in the comments!