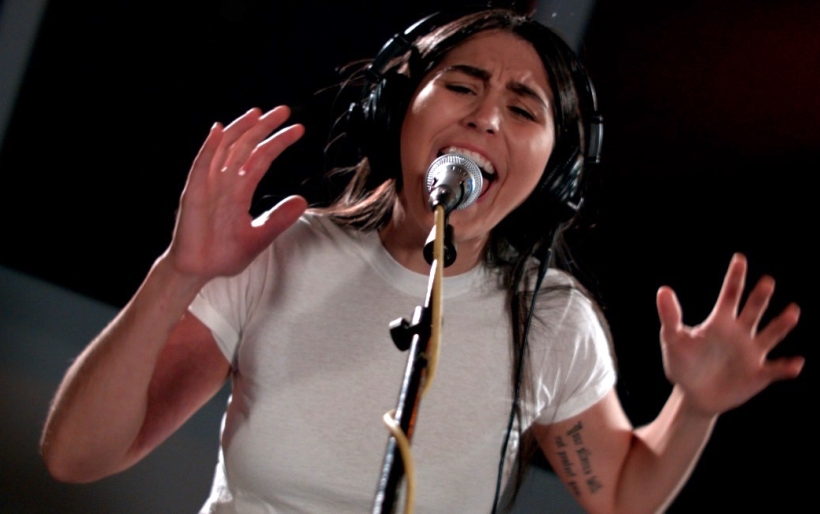 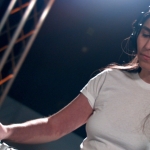 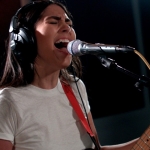 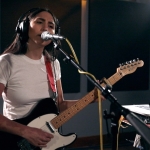 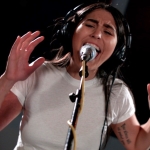 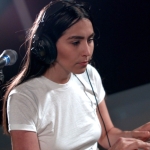 Philly’s Rebecca Way is a multifaceted artist with a lot of ambition. Over the past several years, she’s dabbled in various avenues of songwriting, from humble beginnings as a folk-leaning solo artist to a long run in art-rock ensemble Tutlie. Lately, her attention has been focused on Aphra, an alluring electronic pop project bringing all aspects of her work under a single umbrella.

Its sound is very much in line with modern pop visionaries – James Blake, Banks, Lorde, Youth Lagoon – though Way’s songwriting has a distinctly broad reach. Take “Would You,” a yearning romantic ballad recorded for this week’s Key Studio Session: its structure is very traditionally rooted in folk, in sort of the way that Conor Oberst does folk, but the delivery is pure R&B, hitting some serious Lady Gaga highs.

Way also has a deep fascination with choreography and performance art, something seen on display in the hypnotic video for “Geronimo,” as well as her recent pop-up production Modern Dating, a mix of soundscape and dance in collaboration with Philly photographer Megan Matuzak.

Beyond being a versatile songwriter and performer, Way is a skilled producer, and you totally hear that shine whether you’re listening to Aphra’s standalone singles like “Rooms” or its remixes of other artists. Way’s knack for rhythm and texture is very evident in this week’s session: the dynamic dips and dives of “Oh Peter” radiate intensity, while the minimal “After Laughter” fixates on the contrast between joy and pain — and the use of joy as a means of warding off pain.

That song, Way told us as we soundchecked, is a very new piece; a re-imagining of an old soul 45 by Wendy Rene that she worked out only a couple days before coming into WXPN studios. It’s not clear whether “After Laughter” will get tricked out in additional sounds and melodies as she continues to work on it, but I kind of hope it stays close to the way we hear it in this performance — spacious, serene and highly effective.

Way spent the better part of 2016 prepping Aphra’s debut, Sadness is a Gesture, and she’s looking at releasing it in 2017 — so a lot of the music you’re hearing here is a very advance preview, as well as a good overview of what Aphra is capable of. Below, watch videos for her performances of the soaring “Honey” and the aforementioned “Would You,” and stream the entire session — you can also get a free download of it here, via Soundcloud, or see it unfold in person this Saturday, November 5th, when Aphra headlines The Barbary in Fishtown. Tickets and more information can be found at the XPN Concert Calendar.

For more on Aphra, revisit our profile feature story, written by David Murrell.