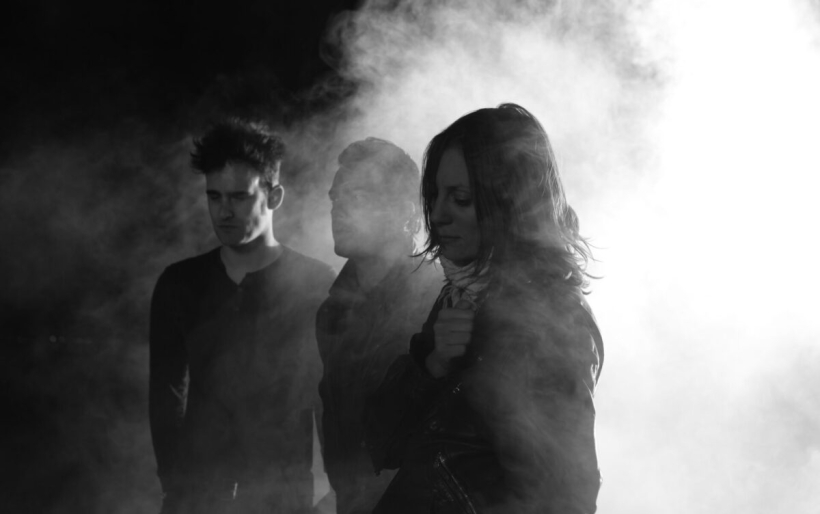 Their May 2013 appearance at the TLA on South Street was in the midst of a mammoth tour in support of Specter at the Feast, the band’s seventh album of garage rock noir; the run had been going on for several months already, and continued for several more.

“It’s pretty normal that our touring schedule is quite intense,” explains drummer Leah Shaprio. “The record comes out and we’re out for a good year or year and a half.”

Normally, returning home means hunkering down to write the next album, but at the end of this tour, things nearly fell apart for B.R.M.C. Shapiro was diagnosed with a brain condition, Chiari malformations, which affects balance and muscle strength. Time off was imperative, and in the fall of 2014, fans helped raise over $33,000 to help offset her medical costs.

Six months later, Shapiro was back on the drum throne, playing select festival dates and scattered shows with B.R.M.C. – this fall, the band embarks on its first full-scale tour since Specter, going out on the road with fellow aughties indie rockers Death From Above 1979. This Monday, the tour makes its way to The Fillmore Philadelphia, and word on Facebook is B.R.M.C. is using these shows to tease material from the eighth album in the works. We checked in with Shapiro via phone to get the lowdown on how things are progressing.

TK: So how long did your health issues keep you out of playing drums and when were you able to return?

LS: We toured in June 2015, so that was six months or so after the surgery. It took a while, that tour was booked to be a lot more gentle than the way we normally toured. I think we would have three shows in a row on that tour then have a day off. [The tour] wasn’t super long either; it was a gentle tour to ease back into it because, although I was physically ready, I wouldn’t have been able to do one of those hardcore three-month-long runs.

TK: Let’s talk about your involvement with the band. You came on between Baby 81 and the instrumental record Effects. Were you a fan of B.R.M.C. before you joined?

LS: Yeah! I toured with the band when I was with another band called Dead Combo. We were the support band around the time Baby 81 was released. And then I came in and entered on the last bit of touring for the Baby 81 record. So yeah, I was a fan, especially after doing the tour with Dead Combo and getting to see them live so much. I thought there was something really special about their live shows, a different energy than what I’d experienced at live shows before.

TK: When you first joined, what was it like putting your own drumming to the earlier stuff in the band’s catalog? Did you keep totally true to how they were in the records or did you have room to be interpretive with your playing?

LS: Well, a lot of the stuff is played somewhat differently live than it was on the record. So I studied the records and I studied the live versions of the songs a lot and I had to get it as close as I possibly could to how they’re used to playing it so that it wouldn’t be this weird shock to the system to play with a new drummer — just to make it as smooth and easy for the guys as possible. Then when we started writing, at that point we had played together quite a bit, and I thought it was appropriate for me to start adding in my own personal style of playing.

TK: As far as you contributing creatively, did that on the instrumental record or was it Beat The Devil’s Tattoo that it really started?

TK: The band posted on Facebook that, on this current tour, there are plans to debut new songs. Was it something where the rest of the band waited until you were back on board and then you were all collectively like ‘let’s write this record’?

LS: During the Specter at the Feast album cycle, we would always do a lot of jamming during sound checks. So there were always ideas that we would record on a cellphone or whatever. So after I was a bit more functional again, we went into the rehearsal studio and started playing. We had some stuff recorded and there was also some stuff left over from the Specter at the Feast sessions. We are in the process of it, and after this tour is over we are definitely going to be hard at work to get a new record finished up.

TK: From your perspective, what does the vibe of these new songs feel like?

LS: It’s hard to say at this stage because so much is gonna change once we really start getting into the production. There’s a few songs that are definitely that have a nice garagey punk rock feel to them. That’s pretty much all I can say right now.

TK: Between debuting a song live for the first time and the release of the subsequent record that it’s one, there’s at least six to ten months, maybe more. Do you find that there’s a difference in the song between its early incarnation versus the end result?

LS: With some songs, yeah. I think a lot of them even continue to evolve from whatever the recorded version is and how we play it live. That keeps changing as we do more and more tours and play the song more and more. Which is nice, we aren’t the type of band who will play everything exactly how it’s arranged on the record. We like to change things up and feel the energy of the room and let that guide wherever we go. It keeps us on our toes, because once you start improvising, there really isn’t a set plan for what’s going to happen. It could turn out really great and sometimes it’s not so great.

TK: Are there certain settings or certain venues that you end up coming back to that lend themselves better to exploratory mode of playing?

LS: I think more than the venue itself, it’s the people that are in the room. There are some rooms that have a sort of vibe that everybody feels. A lot of the time, smaller divey clubs can be really fun to play because it’s a lot more intimate and it can get quite rowdy, and certain rooms where everything is nice, fancy and cute and sterile, it can be harder to get a vibe going in that sort of room.

TK: It’s almost like the space has to feel like it’s been lived in a little while before it feels comfortable.

LS: Yeah, but at the same time it really depends on where people’s energy levels are on a given night. You can fuck up a brand new room as well if you’re in the right state of mind.

Black Rebel Motorcycle Club plays The Fillmore Philly on Monday, November 7; tickets are still available for the show, more information can be found at the XPN Concert Calendar.