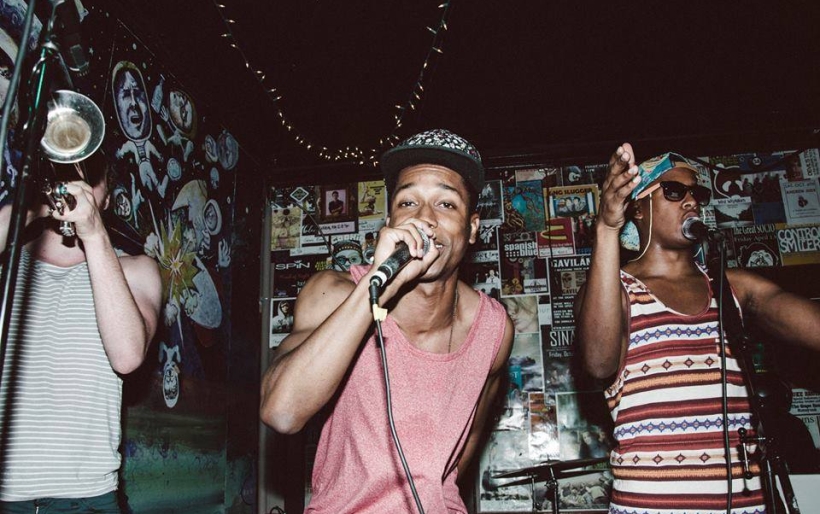 Hardwork Movement | Photo by Zack Garlitos | courtesy of the artist

Since the January 2016 release of their debut LP, Good Problems, the fiercely Philly collective has been gaining momentum in the city that they are so proud to call home. Tonight, Hardwork Movement keeps the ball rolling with their show at Johnny Brenda’s, in conjunction with this milestone comes the release of their EP Draft Night. This five-track mixtape features everything we love about Hardwork Movement’s music: confident and energetic verses, jazzy instrumental arrangements and content that perfectly coincides with their mantra “for the people.”

The record opens with the electric “On The Rise” that immediately sets the tone for the rest of the mixtape with the lyrics, “It’s Philly / You can make it here you can make it anywhere / Our nation’s first capitol no wonder we grind with attitude.” They slow it down in a bit with “Some Winter,” a somber track with lyrics that plead to an ex-lover carried by dreamy productions and smooth backup vocals. The standout track is definitely “Prime Time.” Tailored bass and upbeat percussions serve as the foundation for this lively song. Combined with the “get up and get going” attitude that lies within the lyrics, this is the perfect song for a slow Monday morning and/or an adventurous Saturday night, your pick. Finally, the record concludes with “Special,” a song that splendidly illustrates what this group is all about. Work for what you want, and eventually it will come.

If you can, grab some tickets for their show tonight at Johnny Brenda’s. If not, this is their last show of the year, but fear not: they’ll start playing shows again in 2017, and it will be good to see what the new year holds for Hardwork Movement after a well-deserved break. Listen to Draft Night in full, below. Keep an eye on the WXPN Concert Calendar as their 2017 schedule unfolds.