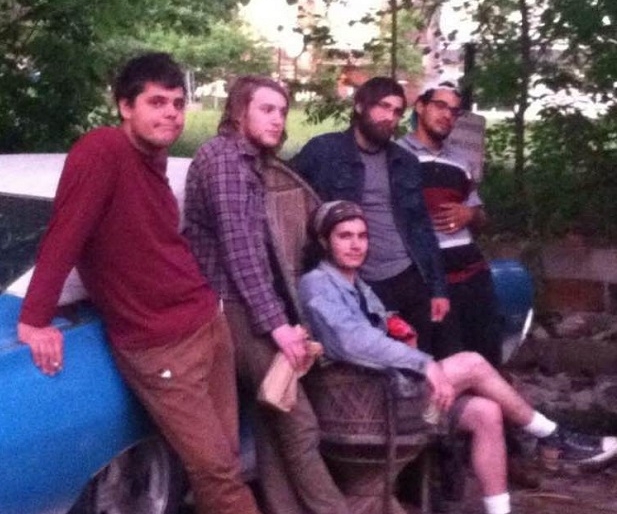 Queen Jesus is kind of a Philly supergroup – its five members include musicians who also list Three Man Cannon, Cherry, and Sun Organ on their credentials. Formed a few years ago, the band released its debut Darkness Yea, Yea in 2014 before keeping quiet for several months, save the occasional live gig. Now they’re back, new music in hand, to share the just-released Tar Ranch EP.

If you caught wind of Darkness you’ll be familiar with the band’s low key songs that make it easy to lose track of time. There’s a hint of twang as guitars float over easy-going drums, keeping the focus on feel-good melodies and sway-inducing rhythms on “Bleach Factory.” Warbled vocals roll into a Flaming Lips-esque carnival of sound on centerpiece “Would You Come Back,” with cymbal crashes sending colorful waves over the distortion-heavy guitars. Closer “Desire” is a put-your-boots-up kind of slow jam, easing you out of the EP the same way you were eased into it.

Recording in the summer heat made us groggy, and some of the songs reflect that. One can say we were on tar ranch. We are playing the EP live this Thursday, November 10th, at the storefront in Kensington with some of our friends. Text “fun time” to Queen Jesus for address. Hope to see you there.

Stream Tar Ranch below and see Queen Jesus at The Storefront with Madalean Gauze, Nina Ryser and Dark Mtns tonight. Stay tuned for a tape release of the EP.