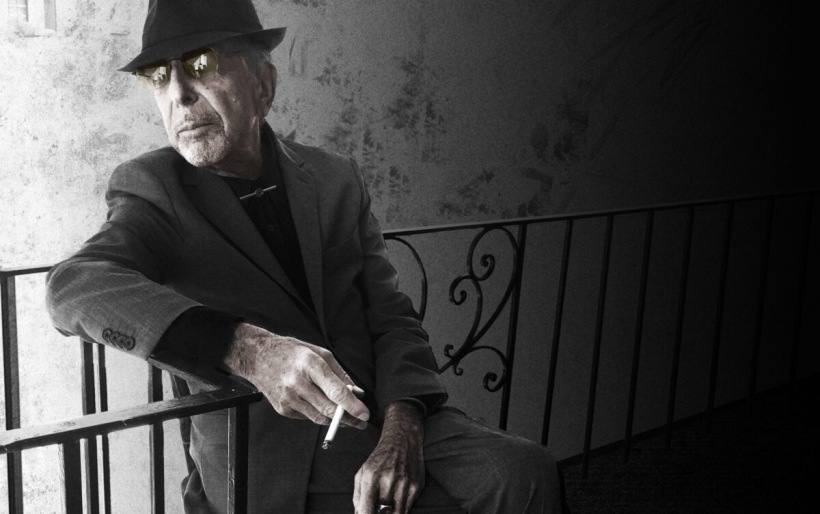 What a week; what a year. News got out late Thursday night, via Rolling Stone, that the poet, singer, songwriter and cultural icon Leonard Cohen – the man born with the gift of a golden voice – had passed away at his home in Los Angeles. He was 82 years old.

Cohen’s melodious songwriting and vivid lyricism was massively influential, from his widely covered numbers like “Suzanne” and “Hallelujah” (popularized into the stratosphere by Jeff Buckley) to his stirring, pensive and contemplative albums like Songs From a Room, New Skin for the Old Ceremony and The Future, all the way up to You Want It Darker, his fourteenth album, released just a few weeks before his passing.

On the most recent album, NPR’s Tom Moon wrote:

The nine songs are elegies. Sometimes wistful and sometimes angry, they’re suffused with sad violin and small, brave string orchestrations. They unfold with a slow, stately, church-ritual order; when you’re moving toward this thick dark, every step is measured.

Of his passing, Cohen’s son Adam had this to say to NPR:

My father passed away peacefully at his home in Los Angeles with the knowledge that he had completed what he felt was one of his greatest records. He was writing up until his last moments with his unique brand of humor.

Adam was recently interviewed by World Cafe contributing host Talia Schlanger, in which Adam discussed working with his father on the album, the relationship they had with each other. You can listen to that interview here.

Here at XPN, we’ve been in total reflection mode, from Thursday night’s all-Cohen programming special hosted by DJ Robert Drake (listen to a playlist from it below) to a dig into the YouTube vaults to find Cohen onstage here in Philadelphia. For starters, here are a few videos of him at The Tower Theater in October of 2009 via YouTube user Lorraine Sexton.

Almost the entire show can be found on the channel of YouTube user sturgess66, who was also there when Cohen played the Academy of Music in May of that same year. Watch a couple videos from that gig below.

Going back a few decades, Cohen’s tour in support of 1984’s Various Positions LP brought him to the Walnut Street Theater; listen to an audio recording of that entire concert below.

Outside the realm of Philadelphia, Cohen was recently profiled in The New Yorker in a remarkable in-depth story by David Remnick, detailing his life from a young poet growing up in Montreal to his world travels thanks to a grant from the Canada Council for the Arts to his transition from writer to recording artist. It’s a #longread but absolutely worth it, and we recommend setting aside time to spend with it this weekend.

Some more viewing material: the 1965 documentary Ladies and Gentlemen… Mr. Leonard Cohen, a brilliant vignette of Cohen’s life at age 30, just before he moved to New York and fell in with the Chelsea hotel crowd.

What are your memories of the late, great Leonard Cohen? Let us know in the comments as you listen to DJ Robert Drake’s Leonard Cohen playlist.