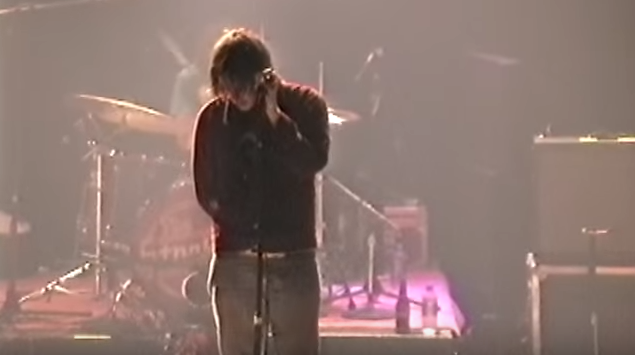 When It Started: Watch a full video of The Strokes’ 2001 TLA gig

Fifteen years ago today, garage rock revivalists / indie rock saviors The Strokes headlined the TLA on the first date of their Is This It U.S. tour.

This was a peculiar time in music, and life in general. A cultural shift was happening where mainstream rock outlets began to redirect their attention away from macho dudebro d-bags of the schlockly, overproduded numetal scene, and towards raw and seemingly more genuine indie rock. The Strokes represented this on the surface, though naysayers were quick to point out the privileged upbringing of these five young men from NYC (dads who headed modeling agencies, dads who produced records, etc.) and the self-consciously retro stylings of their music.

Whatever, though – Is This It was a great freaking record, and it totally holds up. The songs are catchy, the playing is energized – the right mix of tight skill and raw, reckless abandon. Seeing large crowds once again rallying excitedly around this kind of music felt like a breath of fresh air at the time.

But another element made this era peculiar in a less positive way: the September 11th attacks, which generally put the nation on edge and freaked the ever living hell out of people across the country. People were scared to leave their house, people were scared to be critical of the world around them – and those in power totally exploited that fear in any number of ways, but that’s another discussion for another time.

Focusing on the music, the fall of 2001 was when an infamous list circulated the pre-social media internet, purportedly instructions meant for Clear Channel radio stations to not to play a long list of songs, from AC/DC’s “Highway to Hell” to Soundgarden’s “Blow Up the Outside World” to “all Rage Against the Machine songs.”

It was in this environment that The Strokes took the stage at The TLA on November 14th, 2001. They had a freaking badass track called “New York City Cops,” a live staple at their gigs that fans loved, and it was basically a bunch of drunken twentysomethings griping about getting hassled for being drunken twentysomethings. Which, in retrospect, comes off awfully white privilege-y – but it nonetheless rocked, and still does. But because it took pot shots at NYPD, it was stricken from the album release at the last minute.

Thankfully, it made it into the live set at the TLA, and you can see the crowd totally loving it at about the 33-minute mark of this full-concert video shot by Philly videographer Makeit Aneight (fka Pilgrim’s Progress). You can also see the driving kickoff of the set with the unveiling of “Meet Me In The Bathroom,” which would wind up on their followup LP Room on Fire. You see Albert Hammond Jr. trip backwards and fall into his amps during “Barely Legal,” and not miss a note. Somewhere up front on stage right, I’m pogoing and freaking the heck out.

The short, sweet 45-minute set isn’t much for conversation: Julian Casablancas interjects “fuck yeah”s here and there, and at one point reminisces about the band’s spring residency at The Khyber: “We came here every week when we were making our record. That was cool.” But conversation wasn’t the point here. The Strokes were about coming out, rocking out, taking no prisoners and leaving their crowd wanting more.

Watch the video of the encore-free, insanely fun show below – and if you were there, share your memories in the comments.