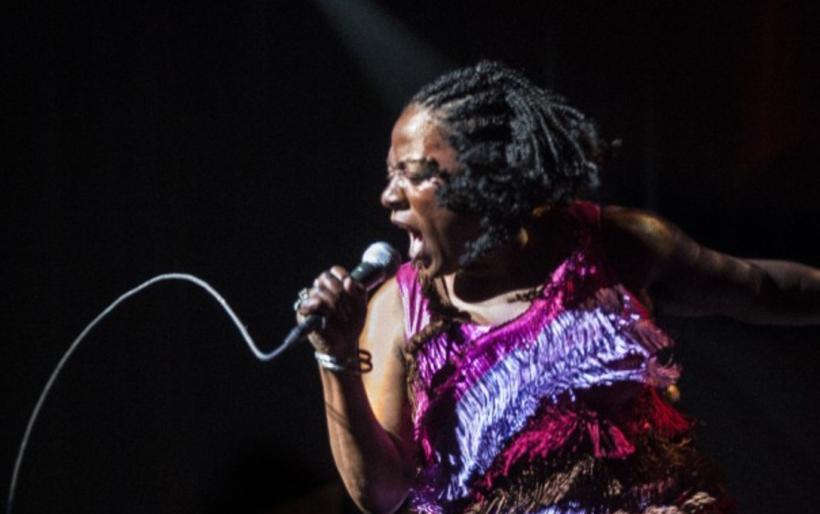 Sharon Jones | photo by Jacob Blickenstaff | courtesy of the artist

We’re saddened tonight to hear of the passing of dynamic soul singer Sharon Jones. An announcement went out through her official website that Jones, age 60, passed away today after a battle with pancreatic cancer. “She was surrounded by her loved ones, including the Dap-Kings,” says the announcement. “Thank you for your prayers and thoughts during this difficult time.”

Born in 1956 in North August, South Carolina, and growing up in the the Bedford Stuyvesant neighborhood of Brooklyn, Jones was rooted in music from a young age, but it didn’t become her professional career until later in life. She famously worked as a corrections officer on New York’s Riker’s Island prison and an armored car guard for Wells Fargo, singing on the side until 1996 when a gig with Lee Fields catapulted her into the spotlight.

Jones was the first artist signed to the fledgling Daptone Records and she played led their dynamic house band, the Dap-Kings, in life-affirming, celebratory funk and soul. Their debut record Dap Dippin’ With Sharon Jones and the Dap-Kings was released in 2002, and she went on to perform relentlessly with them, releasing a total of seven albums with them, most recently 2015’s It’s A Holiday Soul Party.

Below, watch Jones and the Dap-Kings perform “Please Come Home For Christmas” for their 2015 World Cafe session.

In 2013, Jones announced that she had been diagnosed with bile duct cancer (later re-diagnosed as pancreatic cancer) and was taking a hiatus from touring. She returned to the stage the following year following the release of Give The People What They Want.