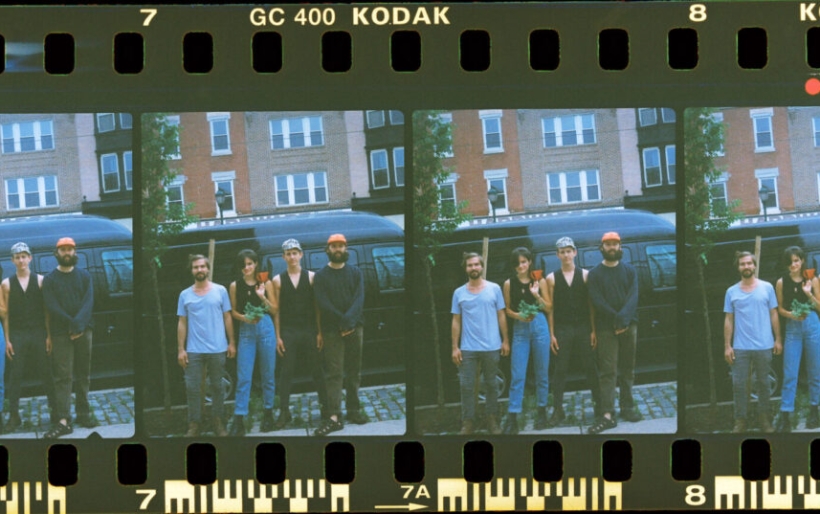 It’s been quite the year for Big Thief. Between getting picked up by Saddle Creek in Feburary, putting out the stunning debut LP Masterpiece in May, and filling the rest of the year with tour dates both headlining and alongside folks such as M. Ward and Frankie Cosmos, they’ve been quite busy. The Brookyln-based band has also racked up accolades in everywhere from Pitchfork to NPR Music. (They’ll even appear on World Cafe next week.)

And with good reason. With sensible, classic Western-Americana-influenced songwriting, the band rips ballads while also making a hard left each time you think they’re about to play right into a classic alt-country troupe. Sitting on the southern borderline of “indie,” Big Thief avoids falling into those all-too-familiar patterns, as well. Adrianne Lenker’s fragile, yet tempered songwriting carries the band down a winding road, that allows her to exert great strength both in quietus and with actual sonic force.

On a mild day back in June, we linked up with Big Thief at Brewerytown Beats — a cultural hub of the near-northwest neighborhood — and filmed several songs in the courtyard out back. This is the Key Presents: Big Thief.