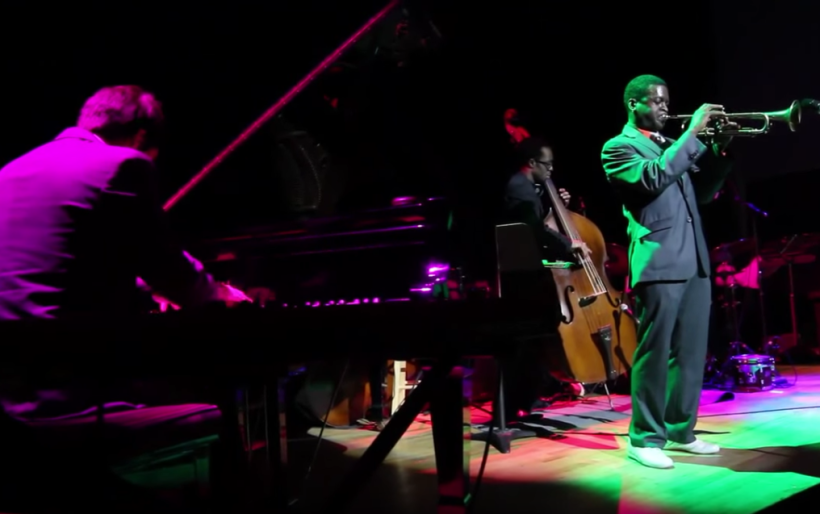 Philadelphia’s historic Metropolitan Opera House is experiencing a rebirth this fall, with word that  Four Corners Management is looking to renovate it into a 3,500 cap room and a gig from Jazz Lives Philadelphia set to take place this weekend. (CORRECTION: It was previously reported that the promoters behind Union Transfer are involved at The Met. This is incorrect — Four Corners Management is no longer involved with Union Transfer, and Union Transfer is not connected to The Met. The Key regrets the error.)

Today, we have news of the artists behind that show, taking place Saturday, November 26th at 6 p.m.

Philadelphia trumpet player Daud El Bakara got his start as a Temple student in the 90s, but made his way immediately onto the circuit, leaving behind his schooling until recently — when he returned after 20 years (read more on that story here, via Temple News). He’ll be joined by New York vocalist Candice Hoyes, who released her debut record On a Turquoise Cloud  this spring; NPR praised it for its mix of operatic and soulful stylings. L.A. sax player Ted Nash rounds out the headliners; he’s been nominated for Grammys and played with Wynton Marsalis in the Jazz at Lincoln Center Orchestra.