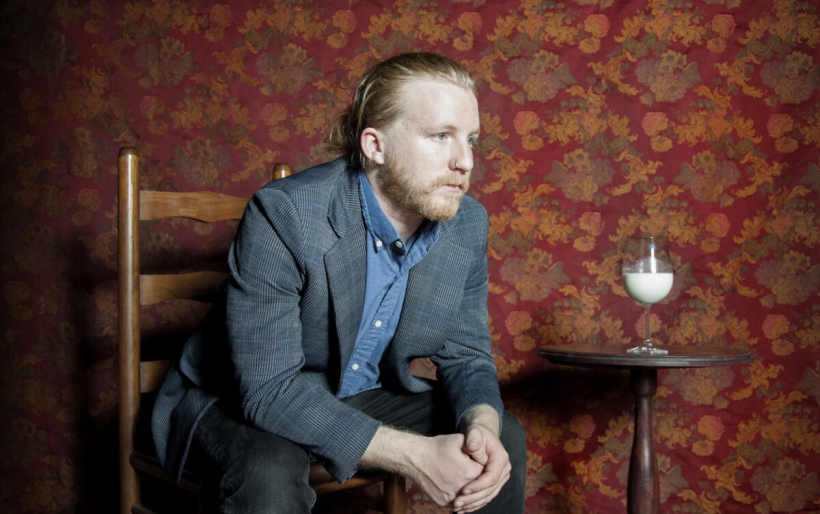 Mother Moses | photo by Jake McClellan | courtesy of the artist

“Oh, here’s another poem about death,” howls Mother Moses‘ Jon Cox. He’s not singing it sardonically or dismissively — it’s more of a perplexed state. When we make music to make sense of troubles in our lives, but music becomes our living, what does that make of our troubles? I’m reminded of a mewithoutYou song title, “Grist For The Malady Mill,” but certainly neither artist nor audience want to see it that way.

Cox launched Mother Moses in Boston before moving about a year ago to Philadelphia; his band features, at various point, Ellen Tiberio-Shultz of Ellen Siberian Tiger and Adam Shumski of Vita and the Woolf, and it straddles contemplative, Damien Jurado-esque folk and propulsive rock, particularly in the song in question, “Gray and Wild.”

Of the song, Cox has this to say:

“Gray and Wild” is an ode to my brother CJ Andrae who passed away in a car accident a year and six months ago. The song is about the confusion I felt at his funeral. I found myself exhausted from losing people that I love and exhausted from finding myself writing another song about death. At the funeral, people asked me about my band and album I was working on and it felt hollow to promote myself in that circumstance. I hated that I was starting to constantly feel the pressure to capitalize on people in social settings. How much integrity is an artist willing to sacrifice for monetary success? This idea was something I had been struggling with a lot. What kind of culture do I live in where I would have the thought to further my career at my own brothers funeral?

It’s a struggle that, to a degree, all songwriters have to make peace with. Perhaps an answer might be that putting one’s struggles out there into the world offers solace to listeners going through the same thing, and who don’t have songwriting as an outlet.

“Gray and Wild” is from Mother Moses’ latest full-length, Traveling Glass, which is out on Tuesday, December 20th…but you can get the album early when the band plays MilkBoy this Friday, November 25, with Ellen Siberian Tiger. tickets and more information on the show can be found at the XPN Concert Calendar.