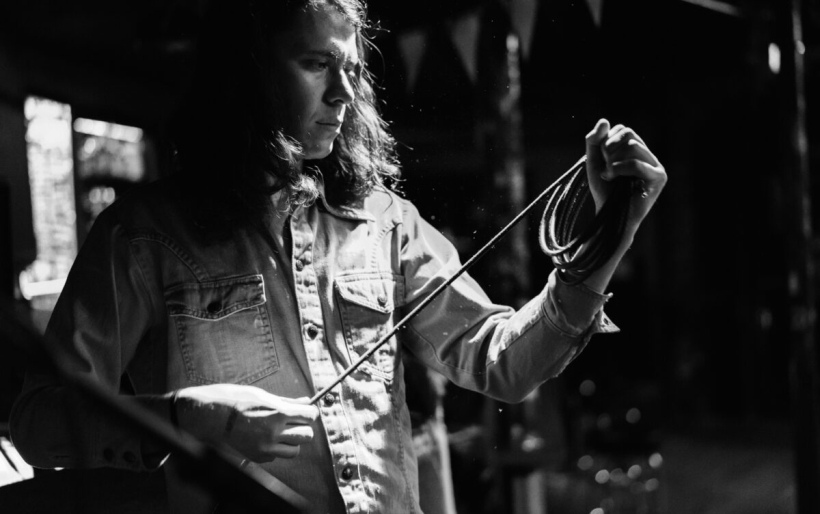 Load-In to Load-Out: Carroll settles into their new home with a gig at The Barbary

Fishtown, Friday night, November 11th. The wind’s got a sharp bite that makes it feel like fall in Philadelphia, finally. It’s record release day for Philly-via-Minneapolis indie rockers Carroll. Their sophomore LP, As Far As Gardens Go, offers listeners a glimpse into their move, recorded in remote waterside cabins and gracious friends’ living rooms, or so the liners suggest — they’re also due to appear on the Shaking Through series on December 14th. But tonight, at the Barbary, the city feels like home.

In a way, I’m as new to Carroll as they are to the city–I happened upon their eponymous debut not long after their move and found love at first listen, enamored of the lush sonic atmosphere in which I would dwell during the months leading up to their first show I’d have a chance to see, at Elvis Guesthouse back in late October. Two weeks later, the silvery-smooth sound of Carroll’s second LP oozed from my car stereo as I drove to see them for the second time.

My camera came along to document the night from start to finish.