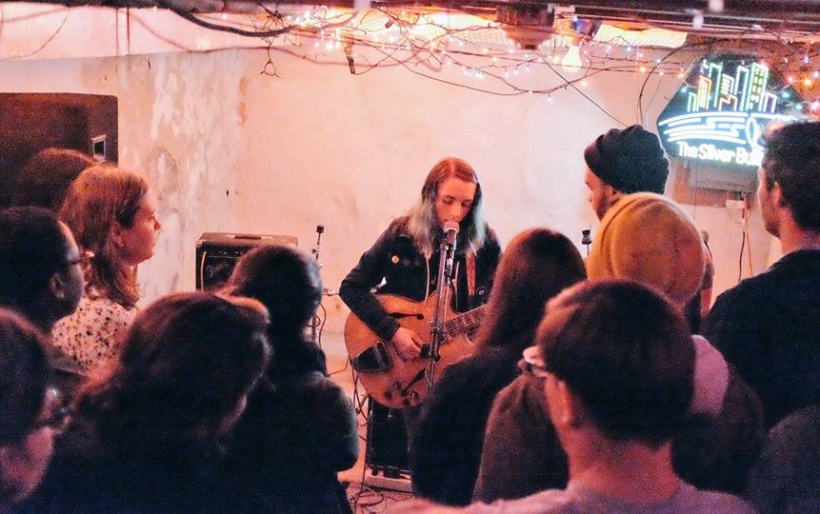 Year-End Mania is the Key’s annual survey of the things below the surface that made 2016 incredible. To kick off the series, Key editor John Vettese recaps six of his favorite Philadelphia music discoveries from the past 12 months.

Ah, Philly. Keep on being awesome. It’s once again time for me to look back and reflect on the past year of music that came out of our community, and once again I’ve had a harder time than ever narrowing it down.

Locally rooted artists are breaking into the broader music conversation, whether they remain at home (Modern Baseball‘s Holy Ghost receiving international acclaim) or venture outward to other cities and scenes (Michelle Zauner’s sometimes-Philly / sometimes-Brooklyn Japanese Breakfast, Ron Gallo and Liz Longley taking up residence in Nashville). More people than ever are moving from other cities to Philly – including The Dove and The Wolf, who got their start in Paris. And as always, artists like Dr. Dog (who released an impressive two albums in 2016), Kurt Vile (who celebrates New Year’s Eve at The Fillmore) and The Roots (still rocking the late night TV party) rep the city on a national scale.

But this post isn’t about that. It’s my annual reflection on artists who I had not heard of prior to this year, who totally bowled me over and made me want to find out everything about them. These are artists that deserve to be one of those high profile artists in coming years. These are my favorite music discoveries of 2016.

A project of 17-year-old songwriter Sofia Verbilla, Harmony Woods has made serious inroads in the local DIY scene thanks to a stunning, home recorded three song demo. With just an electric guitar, an emotive voice and a knack for moving melodic minimalism, she’s very reminiscent of Mitski – and does a cover of “I Don’t Smoke” that’s devastating in the best way – but also recalls Angel Olsen and Sharon van Etten as well. I’ve seen her make an entire basement crowd shut up and listen; she’s also played in band configurations with members of Modern Baseball and Grayling. Pay attention, there are good things ahead.

Philadelphia rapper Mars Parker has been kicking around the Soundcloud zone for a minute and just released the Mars Museum 3 project, which intertwines jazzy melodic arrangements with Future-esque vocals; a mix of crooning and rapping. It’s great, but my introduction to him was an impressive live throwdown opening for Camp Candle at Boot and Saddle. A big band filled out the stage; the interplay of rhymes and solos was off the hook. This approach to Mars’ songs has still not emerged in recorded format, and when it does, it’s going to be massive.

A power duo of singer-guitarist Isaac Clark and drummer Josh Glauser, Honeytiger is one of the best Philly rock bands to catch our ear lately — and one of the first in a while that didn’t get its start in the house show scene. The band debuted this year with Half Clean, a fierce collection of Black Keys-y blues explosions, but with a broad reaching sense of hooks. Case in point: the album opener “As It Will Happen,” a swaggery pop masterpiece of modern rock.

Bethlehem Roberson’s dynamic and soulful voice will knock you sideways on its own strength; paired with Patrick Atkins’ jazz tinged guitar playing, just wow. The Germantown duo of Bethlehem and Sad Patrick got their start in the open mic circuit in the Northwest section of the city, capturing audiences with their minimal style – guided by hand percussion and tarima beats – and they stepped out this summer with a powerful performance at the Philadelphia Folk Festival. Look for a new album in 2017.

Not long ago, I was going through my phone’s notifications and noticed a Tweet from a central PA band called The Mellowells, linking me to their album. More often than not, submissions like this lead me to a not-super-great record, but there’s a reason I listen to everything submitted to me, and The Mellowells are exhibit A. Head Space is an incredible set of psychedelic pop/rock guitar jams in the vein of Dr. Dog’s Easy Beat and Cheers Elephant’s Like Wind Blows Fire. Tremendous playing, so much fun to listen to, and a live show that levels it up in a big way.

When he’s not building his home studio or programming DIY space Girard Hall, Philly’s André Altrez makes spectral, impressionistic hip hop with broad appeal. His Sprout project, which received a digital and cassette release earlier this year, is a heady collection of left-of-center beats and thought provoking rhymes that are a treat to lose yourself in. Look for him hitting up open mics and DJ nights around the scene in the near future – we hope to see him headlining some shows of his own in 2017.