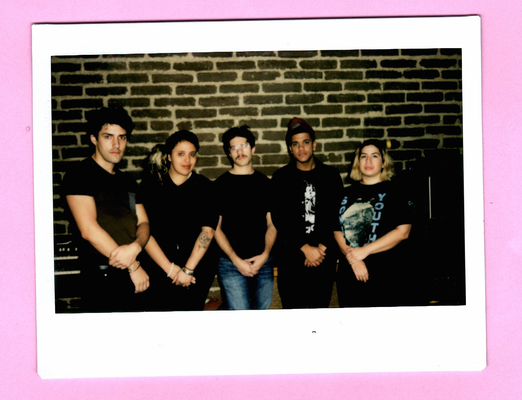 Providence, RI outfit Downtown Boys have become familiar faces in the Philadelphia DIY scene lately, building a grassroots movement around their multi-faceted punk music (think grit, political resistance, and horns) for the last half decade that led to the 2015 release of Full Communismon Don Giovanni Records. Well, the quintet is continuing to move up with this week’s announcement that revered Seattle label Sub Pop has signed them on for a new LP, with Fugazi’s Guy Picciotto joining Communism‘s Greg Norman in the engineering seat.

The record announcement comes with a string of new tour dates, including March 23rd at Everybody Hits with Sneaks. This is in addition to Downtown Boys’ opening slot at the Paint It Black / Praise / Gouge Away / Soul Glo show at the First Unitarian Church, which is already sold out.

Check out “Wave of History” from Full Communism below and pick up tickets for the all-ages batting cages show here.