The Key Presents: You Blew It! - WXPN 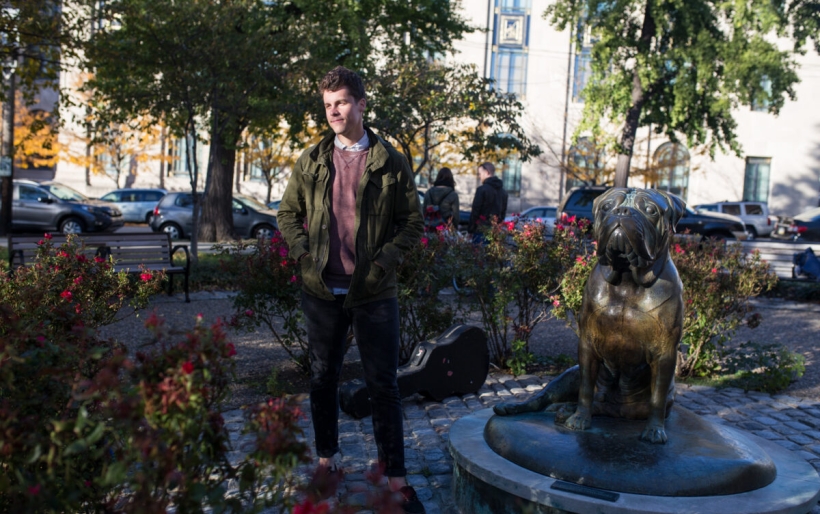 You Blew It! | Photo by Rachel Del Sordo racheldelsordophotography.com

The Key Presents: You Blew It!

No matter which way you slice it, You Blew It! are anything but a simple band. What appears at first glance to be fairly stock-standard twinkly post-emo fare transcends the sum of its parts, both sonically and particularly in the lyrical department. On their latest effort Abendroit — released in November on Triple Crown — the band cashes in its cred with the pop punk crowd and looks towards softer pastures and more still waters.

When we met up with You Blew It! frontman Tanner Jones in December, he was on the road as a one-man version of the band, playing a few acoustic shows on the heels of the album’s release. He’ll be back to headline the First Unitarian Church, full band style, on March 2nd (info here). It’s easy to say that an already delicate record feels doubly fragile when presented in this way, but in the Reliance Triangle — a small park by the Philadelphia Museum of Art — he unfolded two of the most delicate Abendroit tracks, opening interlude “Epaulette” and the wistful “Canary.” This is The Key Presents: You Blew It!.