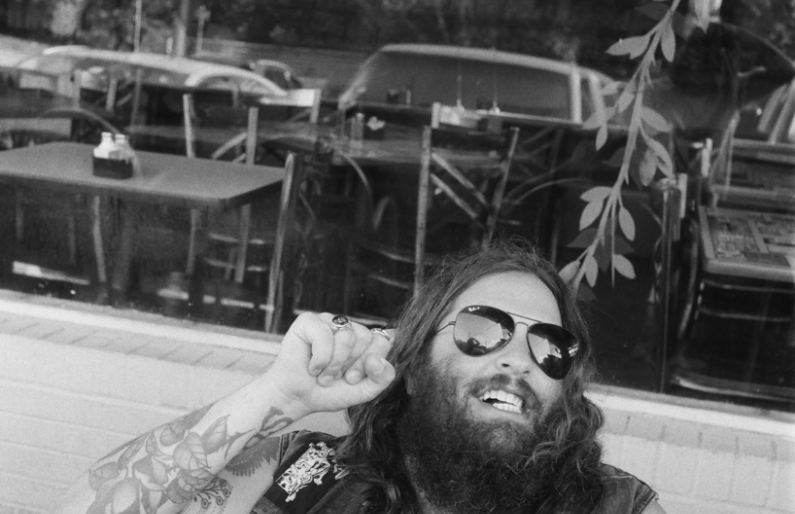 Strand of Oaks | photo by Maclay Heriot | courtesy of the artist

In the midst of celebrating the release of Hard Love, Strand of Oaks‘ Tim Showalter spoke with NPR’s Steve Inskeep on Morning Edition earlier today. After recalling his early musical days in the basement sewing room of the Goshen, IN home that he grew up in, Showalter goes on to discuss some of the inspirational threads of the songs that fill his fifth record.

There was the ecstasy-enhanced Boogie Festival in Australia (“The Hill”), and his younger brother’s medical emergency (“Taking Acid and Talking To My Brother”), which he explains:

“…has nothing to do with taking acid. Strangely, it’s the only song on the record that may not have to do with stereotypical psychedelic experience. The reason why I called it ‘Taking Acid’ is because it’s more psychedelic than any drug could ever give — when you’re put in a position of not being in any control, and knowing that you have absolutely no way to help.”

We also get some insight into the album name, with Showalter wrapping up the rollercoaster of emotional themes as the extreme highs and extreme lows of a joyful life – Hard Love.

Strand of Oaks kick off a huge U.S. and Australian tour at Union Transfer on March 10th; tickets and information for the all-ages show can be found here. Listen to his Morning Edition interview below, and while you’re in a Strand of Oaks mood, read Dan DeLuca’s interview in the Philadelphia Inquirerhere.