Modern Baseball cancel U.S. tour, taking "a break for a little while" - WXPN 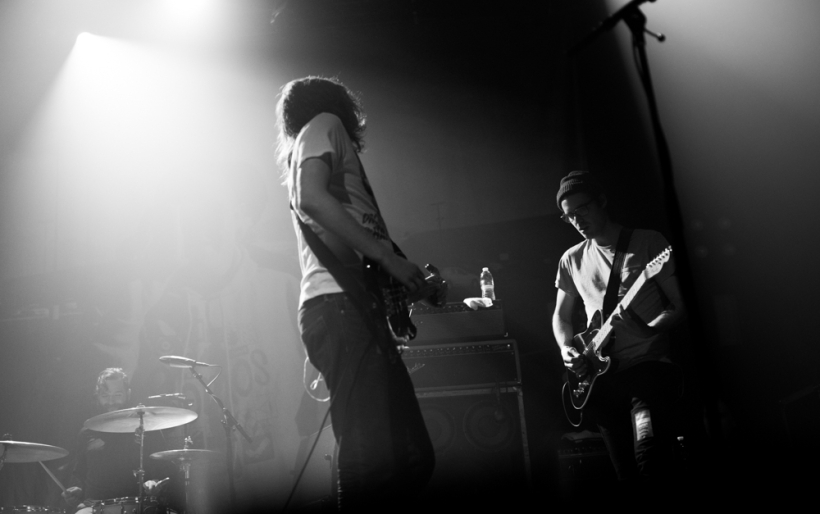 Modern Baseball cancel U.S. tour, taking “a break for a little while”

Really, I cannot begin to imagine the intense pressure and stress and emotional drain of being an artist that hundreds of thousands of people adore. Your fans look up to you, they rely on you for an escape from or a catharsis of the negative energy in their lives. They rely on you for guidance and strength. But you’re human too, and you’re grappling with the same issues.

Philly indie rock four-piece Modern Baseball has always been up front and heart-on-their-sleeve about their feelings — it’s what sparked that connection with a massively devoted fan base in the first place, and what keeps it going. When the band launched their album Holy Ghost last year, they were very open about its true-to-life content: struggles with depression and mental health, for singer-guitarists Brendan Lukens and Jake Ewald alike.

When Lukens decided to sit out of the band’s European tour this winter to focus on his mental well-being, it was the right decision — not just because we care about Bren and want him to take the best care of himself possible, but because it was a good lead-by-example moment. Acknowledge when you need to step away, acknowledge when you need help and accept it.

In that sense, it’s bittersweet news today that MoBo as a whole made a decision to cancel their entire U.S. tour, again, for the sake of their own mental health. From the band’s Facebook:

Hey everybody, Jake here. As much as it pains me to say this, we have decided to cancel our upcoming U.S. tour dates and festival appearances to take a break from Modern Baseball for a little while. If you already bought tickets for the tour, refunds will be available at point of purchase.

Over the past few months the band has become an immense source of anxiety for me, and it wasn’t until I opened up to Sean, Ian, and Brendan about it that we realized we were all feeling the same way. The project we started as a source of joy and positive expression had become something that was slowly eating away at our mental health and our friendships. We have been championing the importance of mental health for a while now, and we recently realized that it would be wrong for us to ignore our own health any longer. Please know that we don’t take a tour cancellation lightly, and under any other circumstances we would not even consider it an option, but in this instance we have to put our health and friendships first. You’ve supported us unconditionally throughout this crazy ride and we could never thank you enough. We never really learned how to do this whole “rock band” thing the right way, but you kept coming to the shows and talking to us and assuring us that we’d figure it out sooner or later. We could not have done any of this without you. Be honest with those you love and don’t be afraid to lean on them when you need to. Odds are they’ll need to lean on you pretty soon too.

With all the love in the world,
MOBO

For now, I’m not going to be too alarmist about this — I’m going to view that phrase “take a break from Modern Baseball for a little while” at face value and not ascribe some sense of finality to it. It seems to me that the band is very much in need of a breather, and I hope they collectively find time to practice some self-care and decompress. When they’re ready to make music again, we’ll be here listening, whenever that might be. Much <3, gents.