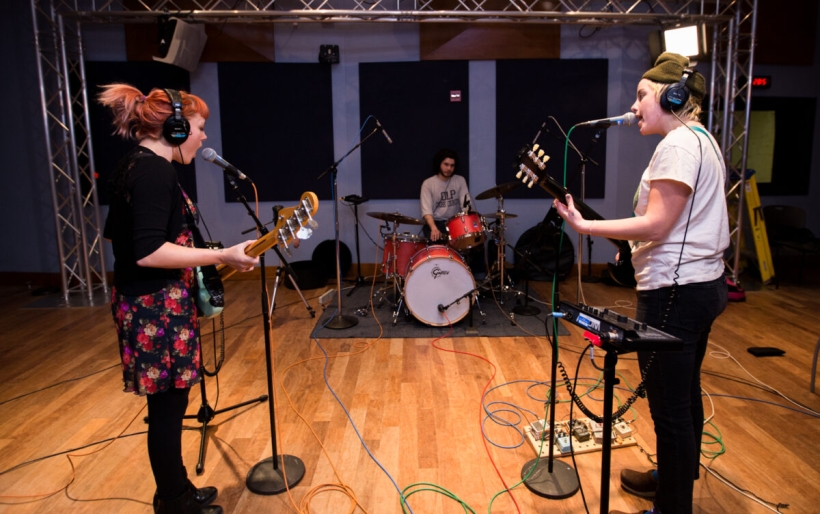 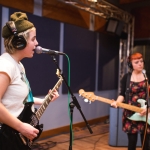 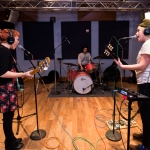 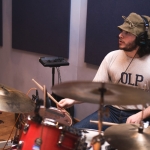 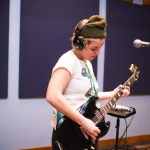 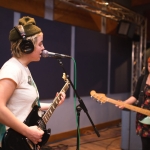 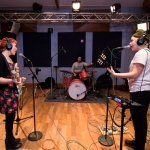 Has there ever been a scientific study on levels of happiness, productivity and general life-fulfillment in multiple-band musicians versus single-band musicians? My hypothesis is the more outlets an artist has, the merrier, and I’d offer Philly’s Eight as a case study.

The indie rock power trio is led by the immediately recognizable voice of guitarist Mimi Gallagher, who just came off a couple super fun years with Year of Glad and NONA. On bass and backing vocals is Cat Park, who also devotes a lot of waking hours to co-fronting Amanda X. Possibly the busiest of the bunch is Pat Brier on drums, who concurrently keeps the beat in Three Man Cannon and writes the songs in Queen Jesus. They’re mad busy people, but they were an absolute joy to work with for their Key Studio Session.

The band first teamed up in 2015 to release a self titled EP on Bandcamp; their Key Sessions set showcases four brand new songs, and both collections offer a fusion of what everybody does best: jagged fuzzrock riffs and catchy harmonies at a swift clip, a bit Jawbreaker and a bit Juliana Hatfield.

“Sin” switches off between crunchy power chords and inviting lead licks, and hammers right into the like minded “Alone.” Things turn minor key and nervous on “Rot,” then raise the roof on the anthemic pop punk of “839.” While there’s no immediate plans for the record these four songs will eventually be a part of, they’re more than enough to get us psyched for Eight’s next gig at the EARTH SIGNS Art Opening at PhilaMOCA next Wednesday, March 1st; more information can be found here.

Stream Eight’s Key Studio session below, watch a video of the band performing “Sin” in our studio via VuHaus and grab a download of the entire set here, via Soundcloud.